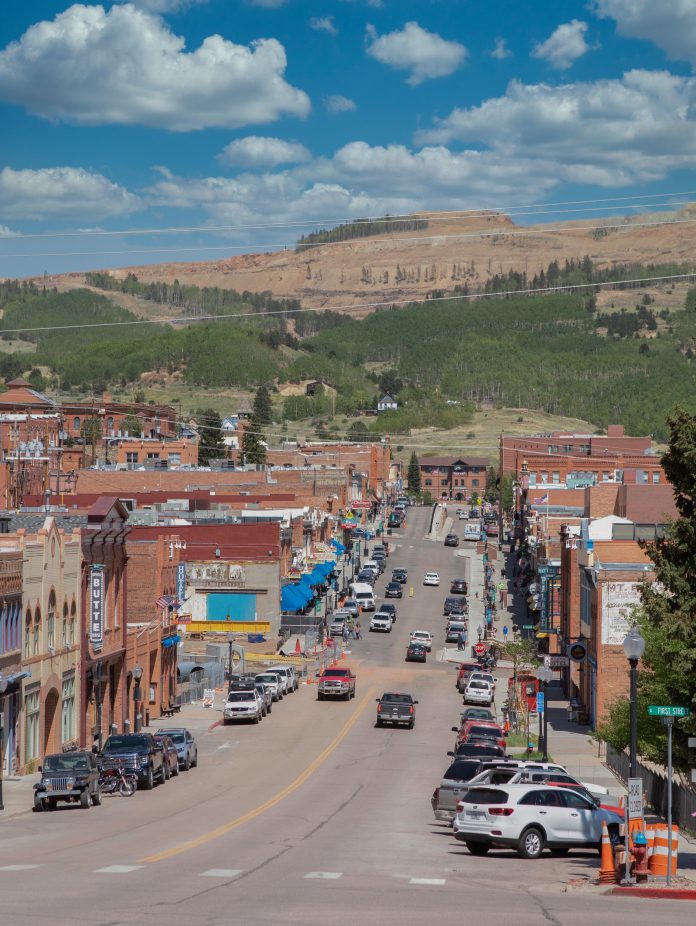 During the gold rush of the late 1800s, Cripple Creek became one of the biggest economic hubs in the West, as gold seekers and miners flooded the area. Many of these historic turn- of-the century buildings, the majority of which were constructed following the fires of 1896, still remain.

Local leaders and residents opted for a second gold rush of sorts by trying to revitalize the town and its deteriorating buildings through limited stakes gaming, which began on Oct. 1, 1991. This followed a state-wide campaign and a favorable vote by Colorado voters.

Another pro-gaming vote occurred in late 2008 that paved the way for 24-hour gambling, $100 single-bet wagers and new games such as roulette and craps.

And in the summer of 2015, town leaders upped the ante again by agreeing to establish an official entertainment district, which set the stage for common consumption areas that permit 24/7 cocktail service for gaming and restaurant customers. This is part of an effort to draw more patrons in town and provide a more festive environment.

This pro-gambling trend continued even further as state voters in Nov. 2019 decided they wanted to allow sports betting on professional games inside licensed gaming establishments in Cripple Creek, Black Hawk and Central City, or through the gaming establishments’ related apps.  A similiar local vote also was approved on the same issue.

Sports betting, which has been in effect for more than a year, provides more excitement, especially during high showdown sports games, such as the Super Bowl, the Stanley Cup (too bad Avs, and what happened to you) and the World Series.  Most offer this through third-party sportsbooks.

Sports betting is now allowed in individual states, at their direction, courtesy of a Supreme Court ruling that did away with the prohibition that only permitted this activity in Las Vegas and Nevada. Sports betting, although not a huge winner for the city, offers another mini-jackpot for casinos, especially with a different kind of betting action.

That’s important, as the city’s gaming industry is still much leaner than its earlier heyday 10 to 12 years ago. The coronavirus epidemic, which hit in March 2020, struck the city and the industry hard, forcing gaming establishments to shut down for three months. The city of Cripple Creek suffered a reduction of $2.3 million in revenue, and was forced to no longer sponsor many popular special events.

Casinos were allowed to reopen in mid-June 2020, but they faced many COVID-19 restrictions, capacity limits and table games were not permitted. Plus, they faced huge reopening costs, with mandatory mask rules and COVID screenings of all patrons. In essence, the casinos operated in 2020 and in early 2021 with one hand behind their back.

But now, it’s back to business as usual with all mandates eliminated and full capacity restrictions in effect.  This has provided the town and gaming industry with much relief.

In addition, the gaming industry is hedging its hopes on the arrival of no-limit gambling, which officially began in early May.  This completely eliminates the $100 single-bet wager limits and adds new games. This bid may set the stage for more high rollers, who may prefer to spend a few days in Cripple Creek instead of flying off to national gambling destinations like Las Vegas. This plan was heavily supported by local leaders and casino operators in all three towns, and got the okay of Colorado voters last November and by a related ballot question in Cripple Creek. Conservative estimates say this plan, originally dubbed as Amendment 77, would boost gaming revenue locally by five to 10 percent annually, just with the addition of new games.

Supporters say this could accelerate plans to make Cripple Creek into more of a destination area.

Casinos can still set their own betting limits on games, but there are no state or local restrictions. City officials are hopeful that the no-limits and new games will lead to an increase in betting devices and fuel more revenue.

The no-limits development is expected to definitely up the ante for table games in Cripple  Creek.

This trend is further accelerated by plans for more than $100 million worth of hotel expansion developments, aimed at giving Cripple Creek more amenities and promoting more several-day vacations in the area. Three major casino/hotel bids are in the works or in the planning stages.

The Wildwood casino is scheduled to open its new $14 million, 101-room new hotel with many special amenities on June 15 (see related story). The Bronco Billy’s mega expansion is also in full swing, with plans for a mega parking garage and a 300-plus-room hotel addition, with a spree of amenities. This project is expected to open sometime in 2022.

Plus, the town has experienced a growing interest in affordable housing efforts, with the town leaders recently approving new development incentives to make these projects  more appealing for developers.  Several casinos have taken the lead edge in okaying new housing projects for their workers.  A big employee shortage is the main hurdle facing the gaming community.

A number of other new affordable housing projects are under consideration, or getting mulled over.  A housing study done in 2019, identified the lack of new affordable housing units as a major issue of concern, lingering on a crisis scenario.  This fact was further reconfirmed during recent council meetings, prompting city leaders to take official action.

In addition, the city has opted to play out its recreation hand further, efforts capped by the earlier legalization of ATV (all-terrain vehicles) use on all city streets, 24 hours a day. The town also sports an elaborate adventure park, complete with an 18-hole disc golf course, a dog park, hiking trails, an expanded BMX facility, sledding areas and much more. And in 2019, plans were finalized for the Cripple Creek/Victor spurt to the 100-mile Ring the Peak trail looping hikers and outdoor buffs around America’s favorite mountain and combining links to a slew of communities in the region.

This is part of an overall push to become more of a well-rounded community. As part of their new marketing approach, the city wants to promote more adventure and recreation activities and have smaller events done by more nonprofit organizations,

As the town celebrates the 29th anniversary of simmer gambling, the gaming community faces renewed challenges. But overall, the town is rebounding well, and remains one of the safest hubs in the region. The Cripple Creek casinos made painstaking efforts to ensure the safety of their patrons and implemented many top-of-the line COVID regulations, following the outbreak of the pandemic. By comparison, few COVID-19 outbreaks occurred in the Cripple Creek/Victor/southern Teller area.

And needless to say, Cripple Creek is well-versed in confronting economic hurdles throughout its lively history.  No real dark political clouds linger on the immediate horizon, according to city officials.

Nope, the downtown area is not filled with 30-plus casinos, similar to the first summer of gaming, but the town is operating a steadier development hand. No casinos closures occurred following the COVID-19 attack.

Historic preservation is also a big player in Cripple Creek.

During their stint with Lady Luck, Cripple Creek has strived to preserve the mining heritage of the area and the old Victorian-era flavor of the town. Tens of millions of dollars have been invested into the renovation of deteriorating, historic structures.

Non-gaming shops are still thriving, despite the doomsday analysists of certain critics.  So, even though state-of-the-art gaming devices dominate the interior of many of these buildings in the downtown core, the ambiance of this quaint turn-of-the-century town prevails. The casinos in Cripple Creek offer daily, weekly and seasonal promotions. These change often, so check with regular updates in The Mountain Jackpot (TMJ) or check the websites of the local casinos.

Plus, Cripple Creek sports some great historic attractions and museums (see related story).   The town will roll out the welcome mat for the 29th summer season. Due to frequent changes on the Creek gaming front, we will provide continual updates. The following is a description of some of the prime casino properties in Cripple Creek. More casino updates will be provided throughout the 2021 season.