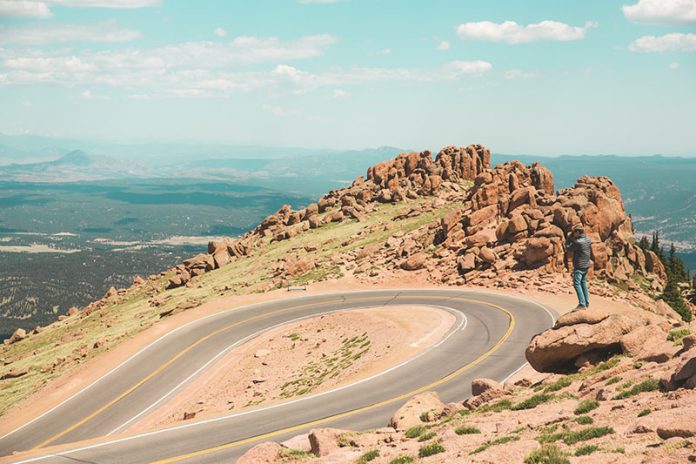 With the reopening of the Manitou Springs and Broadmoor Cog Railroad and the opening of the new Summit House at Pikes Peak, as well as the continued popularity of the Barr Trail and the Pikes Peak Highway, visitors have no end of ways to explore “America’s Mountain.”

In addition, opportunities for Peak hikers are only going to improve, as work progresses on a new trail to the summit which is designed to realign the existing Devil’s Playground route on the backside of the 14,115-foot mountain, which is now in its third season of work, according to Jennifer Peterson, executive director of project-coordinating for Rocky Mountain Field Institute.

“We are anticipating 100 field work days this year and we are really getting back to some steady volunteer opportunities now that COVID restrictions have loosened throughout the region,” she said.

The group is looking forward to teaming up with other groups like Volunteers for Outdoor Colorado, Colorado Mountain Club and Mile High Youth Corps to build a half-mile of new trail and clear a quarter mile of wooded corridor to continue the trail to the summit.

The group broke ground for the project in 2019 and has completed about one and a half miles of new trail that has been rough cut, Peterson stated. The blueprint calls for a total of four miles of new trail, which  begins in a grove of trees close to the current Devil’s Playground Trail near the Crags Trail cutoff. The initial trailhead is actually located in the Crags recreation/campground area near  Divide, and offers the most direct route up to the top of Pikes Peak.

The path has proved to be a shorter and more popular alternate trail to the Barr Trail. But it has long been a concern of land managers and land stewards. As foot traffic has increased over the years, those concerned say the steep, incised fall line is deepening and widening on the tundra, which poses a safety risk to hikers and is causing further damage to the ecosystem.

The new path will trend south of the scar area and will ascend more steadily. The current plan this summer is to work on the existing one-way trip.

“The reroute is a little longer,” Peterson said. “But it is totally sublime. The new trail will be more sustainable, more pleasant for users, more resilient to damage and a lot safer.”

The goal is to complete the reroute by 2023 and then work on closing and revegetating the old trail corridor.

“These types of projects are very slow going because there is a lot of work to do and COVID did not help any with our efforts,” Peterson said.

The project is largely funded by grants from Colorado Parks and Wildlife and National Forest Foundation.

The trail has been closed for several decades because of safety concerns and organizers of the effort recently submitted a letter to the United States Forest Service petitioning them to reopen the trail, known as the Boulder Wagon Road, which was a toll road in the 1890s. The trail once carried traffic between Rollinsville and Winter park through one of the most scenic roads in the state. The trail was closed in the 1990s when rockslides caused boulders to block several tunnels through Corona Pass.

The proposal calls for bypassing the tunnel near the 11,600- foot point and reopening the road to help traffic flow once again along the historic trail.

Forest officials object to the proposal because of the influx of foot traffic through adjacent Indian Peaks and James Peak wilderness areas.

The groups involved have offered to adopt the section and perform all necessary maintenance and tasks to prevent any illegal entrance to the protected wilderness areas.

The main focus in the immediate future is completing the trail to the summit of Pikes Peak, according to Peterson.