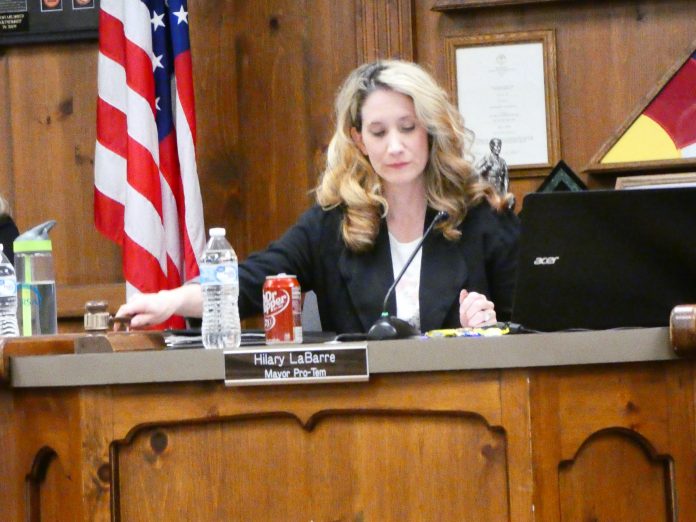 The local law enforcement agency first vocalized their concerns by going to the local parks and recreation advisory board to ask for clarification on the city’s policy regarding the hours of publicly usable land. The head lawmen wanted the city’s ordinance to be clearer, so that they could better enforce and address crimes that have been taking place within the town’s parks.

Currently, the municipal code states that all city parks are to be closed from 11 p.m. to sunrise. However, according to the city’s Interim Police Chief Ryan Holzwarth, the late curfew is not well-posted in the parks and it has caused the police problems when it comes to enforcing certain crimes taking place on the public lands.

“We had 500 calls from January until the end of December last year regarding parks,” Holzwarth said. “I broke it down even further to Bergstrom Park. This year so far, we have been there 35 times for homeless people and people have set fires in there, and just various vandalism from when it gets dark to the morning hours. So, the officers will check that frequently for overnight camping and other things, and they stumble across someone sleeping there or runaway juveniles. That’s a pretty popular spot for them (runaway juveniles) to go there and sleep at night.”

The parks and rec advisory board voted unanimously to ask the council to bring about changes to the city ordinance regarding park hours to a public hearing. The changes include closing most city parks from dusk until dawn, with Memorial Park and Meadow Wood Sports Complex being the only two exceptions. Since those two parks are labeled as community and sports parks, and have entities renting them, they will be closed from 10 p.m. until dawn if the new ordinance change gets passed.

However, after Parks and Recreation Director Cindy Keating gave her presentation, Councilman Rusty Neal wanted some clarification. He first detailed the meaning of the term “dusk,” as he thought the language was vague.

Neal said that if the intent of the proposal was to clarify the ordinance to help the police department, then a better description of when the parks were open and closed was needed. He recommended that the ordinance language be changed to say that the parks would be closed from 30 minutes after sunset to 30 minutes before sunrise, which is what the Colorado Park’s and Wildlife Division uses to post hours on the public lands they control. 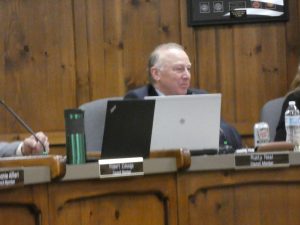 “Well, you know Rusty, from dusk to dawn is only when the vampires are out,” LaBarre said after Neal’s comment. “So, if you are out during that time at the park, you might not be so safe.” 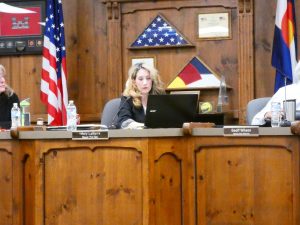 The council then voted unanimously to send the subject to a public hearing during the next meeting on June 17 with Neal’s suggested amendments to the ordinance change.

Also, during last week’s meeting, Interim City Manager Michael Lawson was officially sworn in as the permanent head of the municipality. Lawson was hired on as the assistant city manager under former skipper Darrin Tangeman last October. He then was appointed acting city manager last December when Tangeman left for a job in Massachusetts.

The council also officially approved the dedication of the gazebo in Memorial Park to former Mayor Val Carr. Soon, a plaque will be placed on the park’s gazebo in remembrance of the former town boss who tragically passed away earlier this year from COVID-19.