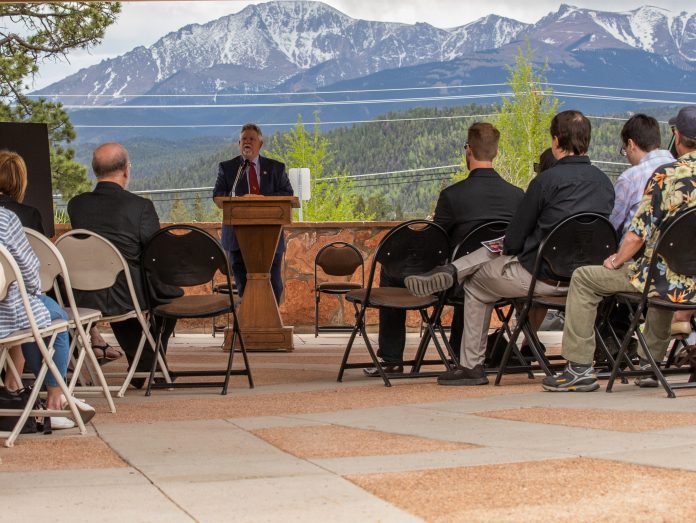 Friends, community members and  area officials gathered at the pavilion in Memorial Park Sunday to pay homage to the late Woodland Park Mayor Val Carr, who died last winter of COVID-19. Speakers, including a score of city/county and key civic leaders,  recounted stories and memories of Carr. All of them spoke fondly of their interaction and personal relationships with the former mayor who had quite a distinguished reputation as a councilman and mayor, and revered his role as the city’s head ambassador.  The ceremony was extremely emotional.  At the end of the service, a mock-up of a bronze plaque with the likeness of Carr that will be installed in Memorial Park was unveiled. Photos by Cindy Valade. Caption by  Bob Volpe. 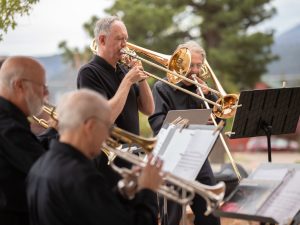 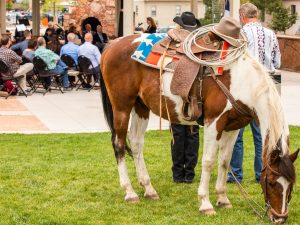 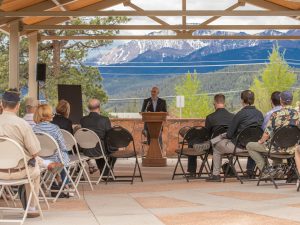 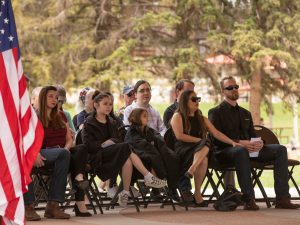 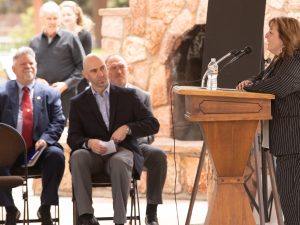 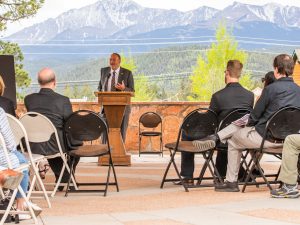 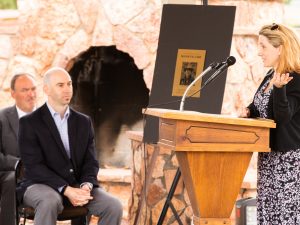