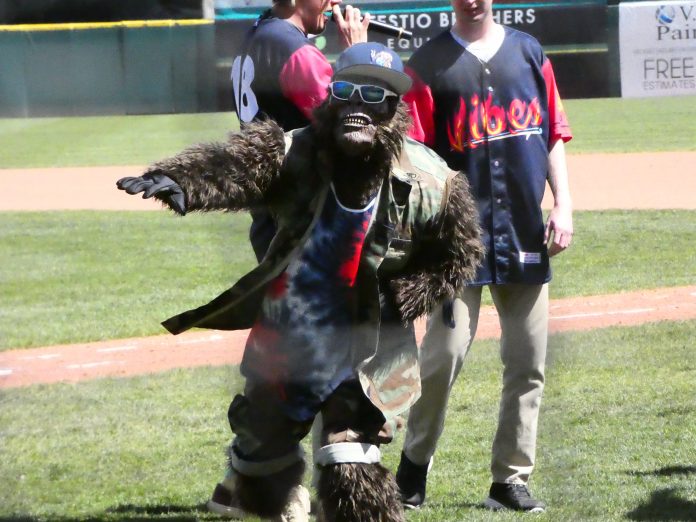 The Rocky Mountain Vibes have kicked off their 2021 season after a year-long hiatus due to the COVID-19 pandemic.

On May 22, the team hosted their opening day at their UCHealth Park in Colorado Springs with a three- game series against the Grand Junction Rockies.

Nearly 4,000 people filled the stands during their season opener. Starting pitcher Angel Camacho came out with a bang as he pitched seven innings and didn’t allow a single run.

Unlike most games at UCHealth Park, the match proved to be a low-scoring pitcher’s duel with the Vibes coming out on top 2-0. The two runs were scored in the second inning when Griffin Barnes hit a double and earned an RBI, and Juan Barboza hit a single RBI. 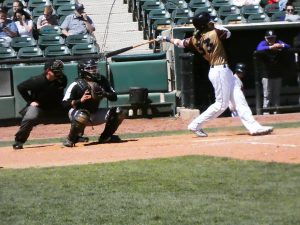 Game play continued the next Sunday as the stadium welcomed their first Bark in the Park Day. This time both teams started scoring right off the bat and the bout went to a 7-7 score in the ninth.

With the new rules in the Vibes’ Partnership league this year, there are no more extra innings and the game cannot be settled with a tie. Instead, a tie gets decided by a brand new “Knockout Round.”

During the “Knockout Round,” each team gets to pick a batter that receives five slow pitches from a member of the team’s coaching staff. Whichever team hits the most homeruns out of the park during the round wins the game. If nobody hits a home run the teams will keep picking different batters until there is a winner.

It only took the Vibes to get their second game before they made history and became the first team to have the league’s new “Knockout Round” home run duel due to their 7-7 tie. Since the GJ Rockies were the visiting team, they were first to try to hit a home run. But, due to the vicious winds swirling that day, they were unable to hit one out of the park in the first five tries. 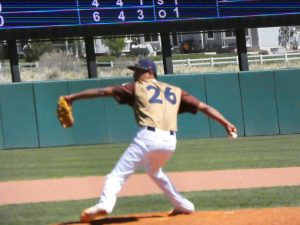 Vibes’ outfielder Manny Olloque then stepped up to the plate to fight the heavy winds. He grounded out his first couple pitches before he hit one out of the park to win the game. The Vibes and Olloque are now known as the first team in baseball history to ever win a “Knockout Round.”

However, even though the game counts as a win, statistically no pitcher won the game and nobody was given credit for the run. The score officially goes down in the record books as 7-7 with a footnote saying the Vibes won in the final homerun tiebreaker.

The fans were excited that the Vibes started their 2021 season with a 2-0 record. However, when the team played their final home match against Grand Junction, they ruined their winning streak and lost 13-8. 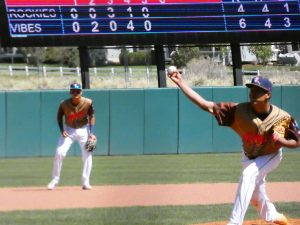 The Vibes then continued their season last week with a six-game series against the Billings Mustangs on the road. Last Wednesday, they lost their first road game 17-7 and then on Thursday they lost again 9-4.

But then on Friday the Vibes came back and won 12-6. After their game last Friday, the Vibes were 3-3 and tied in second place in their division with the GJ Rockies.