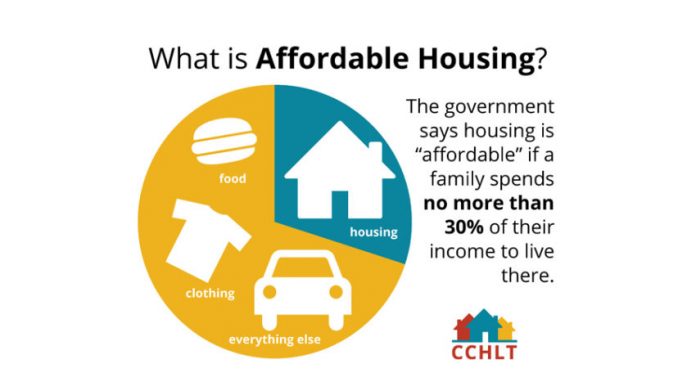 Whether through land trades, fee waivers, temporary RV housing, code adjustments, infrastructure deals and much more, the city of Cripple Creek is relaying one solid message:  We are open big-time for development.

In fact, now is the time for developers or contractors and property owners to act, especially for any type of workforce or attainable housing project, as an unprecedented level of perks may be available shortly in Cripple Creek. The ultimate economic jackpot town leaders are striving for:  Needed housing, multi-use projects, nongaming services and commercial stores.

That was the main theme delivered from a lively work session last week dealing with possible development incentives, in an effort to grapple with a pending housing crisis, and to jump-start the town’s nongaming economic sector.

Only this time, talk about a housing gap will be backed up by official action, as the city council  plans to unveil an official list of possible incentives to entice more companies and builders and to lasso in new projects.

“We need to get something in place for the smaller guys,” said Cripple Creek Mayor Milford Ashworth, who cited the town’s current desperate need for housing and support services

“We are open for development.  We have vacant land,” said Jeff Mosher, the city ‘s marketing and special events director. “We are short everywhere (with housing).  We need to incentivize growth.”

Last week’s discussion was mostly led by Mosher, who unveiled a proposed laundry list of possible incentives, a list that encompasses close to 50 suggestions and ideas.

Some of the suggestions are pretty bold, such as giving land to developers under certain conditions, and developing an RV park, “so tradesmen have a local place to live during construction,” and courting big store companies.

Other ideas were more obvious, such as reducing red tape and density requirements and better marketing Cripple Creek’s need for housing and promoting the town as a business-friendly hub.

But Mosher cautioned that any incentives, if offered, would be handled on a case-by-case basis.

Housing is the main shortage the town is confronting.  This fact was highlighted in detail in the  most recent comprehensive study, completed in the summer of 2019.

But finding tangible solution to this problem has been the main hurdle.  Also, several contractors cited the skyrocketing building costs, especially for the cost of  lumber.

City attorney  Erin Smith welcomed the idea of formalizing incentives, but she advised some caution. “The Colorado constitution says you can’t give away property,” said Smith.  She said the city could exchange  land or do equal trades. “The easy way to do it is through appraised property.”

However, the city attorney said the door for incentives could get opened wider, if they “served a public purpose.”

Mayor Pro Tem Tom Litherland also expressed some frustration with past deals that went sour. “We have had developers promise the world and deliver nothing,” said Litherland.

But that said, the entire elected panel believes the time is right for action, in the form of housing and business incentives to jump-start the economy.

Mosher said the city could even become a state  model. “We want to be the poster child of the state (for economic development).” He believes that the state would be a willing partner in plans to “get Cripple Creek back on its feet.”

Cripple Creek Finance Director Paul Harris stated that the city may be in the position to receive significant monies from the stare and feds from forthcoming COVID relief packages, especially for infrastructure.  Footing the bill for infrastructure could go along way towards enticing future development, according to officials.

Harris said  the rules shave changed slightly and monies are given to local communities, and not just to the county, which was the way the system worked under the previous federal administration.  Harris said the main key is to have projects “shovel ready.”

Other ideas dealt with reducing some of the development rules, such as setback requirements and zoning regulations. Or efforts could be made to advance the use of smaller, tiny  homes and modular units.

At the same time, town leaders are worried about the look of their community, and don’t want to give away the town. “We have to be careful in what we want the community to look like,” said Mosher.

Already, some projects are in the discussion stage, such as a possible multi-use housing development near the Mt. Pisgah Cemetery

According to Interim City Administrator Ray White, the staff will prepare formal development incentives for the council to review.