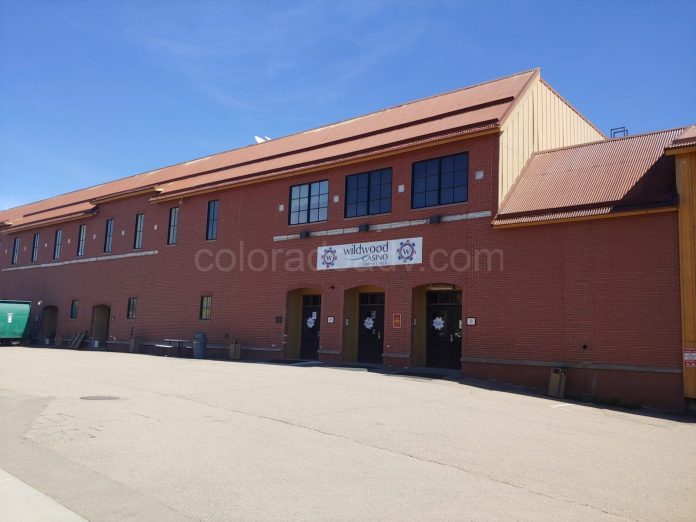 Last week, the new $14 million, 101-room Wildwood hotel, leaped one of its final regulatory hurdles, as the Cripple Creek City  Council approved a lodging and entertainment liquor license for the company owners, the American Gaming Hospitality group.  This permits the hotel to offer liquor service for its guests at the new hotel meeting areas.

One of the prime goals of the new highly celebrated project is to serve as a meeting hub for more outside groups, adventure companies, ATV operators and Colorado Springs tourist officials, with the prospects of conferences and extended business/tourist and recreation stays

No one spoke in opposition to the license, with the council giving an enthusiastic thumbs-up.

In addition, Wildwood Casino General Manager Matt Andrighetti gave a brief update about the new hotel project, located adjacent to the casino.  He cited June 15 as the slated opening date. Originally, the hotel was poised for an early June opening, but had to push it back slightly.  “We are set to make that (June 15) date,” said Andrighetti.

Andrighetti admitted the opening was long overdue for company officials, casino patrons and for city leaders.

“We were supposed to open seven months ago,” quipped the Wildwood  general manager, who cited the COVID epidemic as their main hurdle.

In the last few months, the construction effort of the new hotel has moved ahead quite well. The new Wildwood hotel project was heavily lauded in TMJ’s 2021 “Best of the High Country” contest.  Local leaders have viewed the project as the opening act in Cripple Creek’s emergence as a  gaming/tourist destination area, with new lodging rooms paving the way for more several-day stays and  mini-vacations in the Cripple Creek and southern Teller area.

“We are very excited,” said Nanci Ciampa, the Wildwood Hotel and Casino Sales Manager, in a previous interview about the project. “This will take everything (in Cripple Creek) to the next level.”

During last week’s appearance before the council, Andrighetti stressed that the new license is  more geared towards accommodating meeting groups at the new hotel. He said Ciampa is actively targeting groups for using two new prime meeting areas the hotel will feature. Andrighetti noted this will help bring in a new type of visitor clientele into town.

When the 48,000-square-foot hotel opens, it will offer a variety of rooms, including standard Kings and Queens, special suites, standard rooms (double-bed) rooms and ADA (American Disability Act) compliant facilities.  The modern rooms will feature a mountain, outdoorsy look and feel, according to Ciampa.

The new hotel is more designed for adults, while the adjacent Gold King Mountain Inn, also owned by the Wildwood, caters more to families.

In other cripple Creek council action, Mayor Milford Ashworth lauded the vocational/technical  educational programs offered  by the Cripple Creek/Victor RE-1 School District. He said he was quite impressed during a recent presentation, hosted by the district. The district has been trying to cater more to students, who  may want to pursue further education in such fields as auto mechanics and agriculture.

In addition, Cripple Creek Finance Director Paul Harris gave a report on the COVID-19 situation in the county and locally.  Harris is a member of the county’s COVID-19 task force.  Harris said their numbers are trending in the right direction, with a drop in cases, compared to the previous week.

Like most officials, he said that they still want to see these figures improve, but are quite enthused about the number of people in  Teller who are fully vaccinated. The county is nearly approaching a 50 percent rate (see related story).