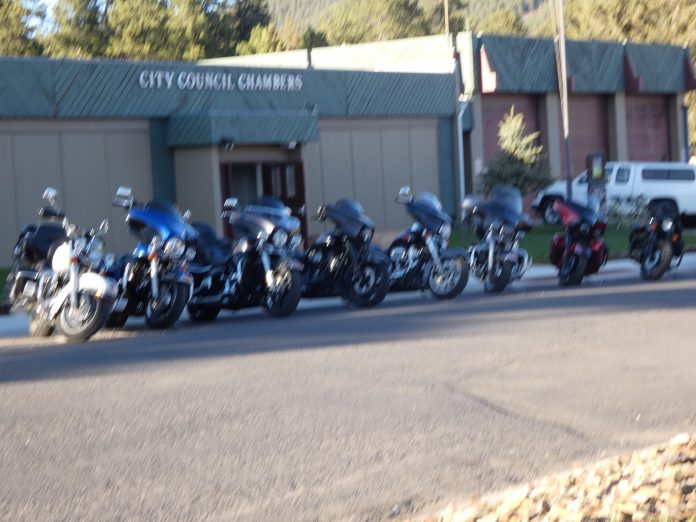 The Salute to American Veterans Rally will roar once again, but the popular gathering will return to a new home base in the City Above the Clouds, instead of Cripple Creek.

Last week, the rally got the initial thumbs-up by the Woodland Park City Council, following a presentation by Jim Wear, the president of ProPromotions, the group that organizes the annual festival. 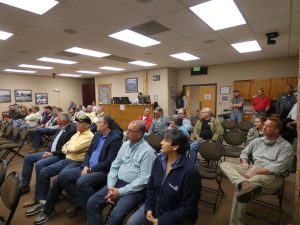 The event, which had previously been held in Cripple Creek for several decades, didn’t get funded by the gaming community, as the city of Cripple Creek opted not to financially sponsor any events for 2021.   In addition, the several-day festival was cancelled  in 2019 due to the COVID epidemic.

Despite the event getting cancelled, the often-celebrated procession was held on a smaller scale, including honoring our American veterans and our troops with several activities, including the 33rd annual POW/MIA Recognition Ride, the R.E.D. Friday T-Shirt giveaway, the dedication of a plaque to a fallen service member and more.

This year, the event will take place in Woodland Park at Memorial Park on August 20-21. At last week’s meeting, Wear presented a couple of videos that demonstrated the scope and considerable appreciation the event garners from veterans and citizens from all over Teller county. He said that the event draws participants from all over the country who come to celebrate and honor our nation’s veterans. The second video ended with a veteran stating, “The might of America is not in its weapons, it is in its people, and now is the time to come together.” 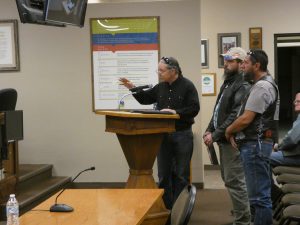 Wear said, “It’s (been) the largest event in Teller county for over 20-years. It brings the largest number of out of state visitors to Teller of any special event. We have an outstanding record of safety with law enforcement, nearly zero issues in nearly 3 decades of running this event.”

He noted the support of the active-duty military. “In fact, in 2020 with COVID, the one and only event that was to be supported by Fort Carson, North Com, and Peterson Air force Base was the Salute to American Veterans Rally prior to it being canceled.” said Wear. 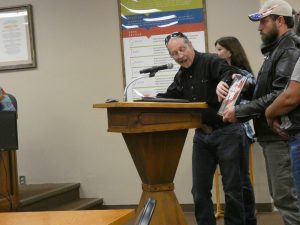 Bringing the event to Woodland Park was not without controversy.

The Farmer’s Market, which has an ongoing permit to operate in Memorial Park throughout the summer, holds their event on the same Friday that the Salute  Rally wants to begin setting up. Because of this conflict, having the event was in limbo for almost 30-days.

Negotiations are still ongoing, along with efforts to mitigate the issue. Wear stated it would cost Pro Promotions a substantial amount of money if they have to alter their plans to set up in the park. 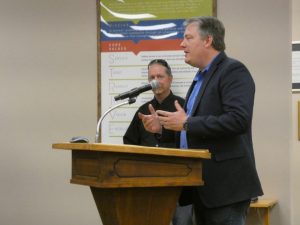 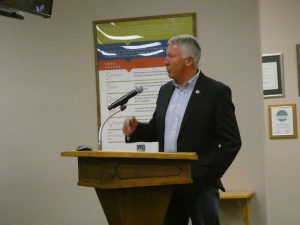 He emphasized the idea that both events could coincide. Williams believes  all it takes is coming together and working things out.

Mayor Pro Tem Hilary LaBarre stated, “I can speak for everyone here on council, saying that we support you 100-percent.”

She said she believes the main problem, and what have sparked concerns with the Farmer’s Market operators, is fear of the unknown. She said, “We hear your concerns. We understand the concerns of the Farmer’s Market. A temporary use permit is not though ownership of the park. If the city decides they want to have two events at one time, we can do that.” 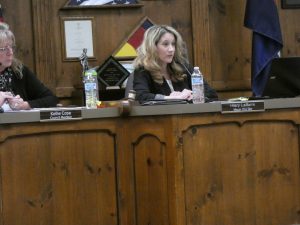 Wear clarified the timeline for the event. He said, “Friday is setup day. The people that come on Friday are here for the weekend. It’s mostly out of state, out of town people. Some people come for the whole week. A few thousand people. Saturday, Denver, Colorado Springs, Pueblo, Canon City, west slope. That’s when the people show up. What we’re talking about Friday is easing in, a few tents, staying on the north end of the park, not encroaching on the south end, until the other event is all packed up and gone, the Friday evening we’ll kinda’ work in that area.”

The permit for Pro Promotions to set up in the park is under review by the city manager and staff.

Although the event is not receiving any funds from the city of Cripple Creek, officials there  released an  official letter, outlining their support for the festival, and hinted that funds may be available in future years.