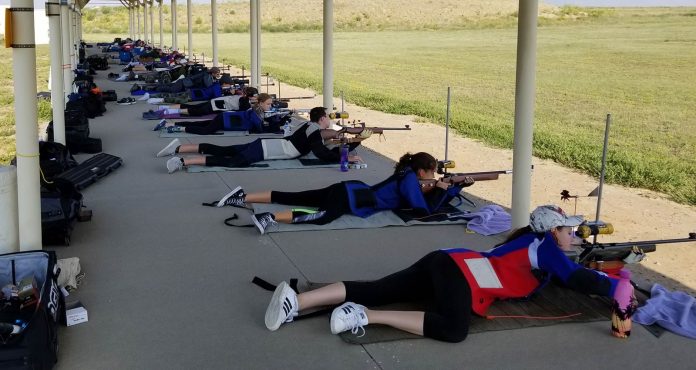 The Cripple Creek City Council has given the initial go-ahead to relinquish municipal property to set the stage for a heavily supervised shooting  range near the town’s reservoirs.

The recent decision, though, followed much public input and will require a number of stringent conditions.

The range would be managed and supervised by the Teller Rifles organization, a group that promotes gun rights but also serves as a public education and training entity in the region.

The agreement would involve 13 acres of land, but the main core of the proposal deals with a highly supervised shooting range.  Representatives of Teller Rifles maintained that strict controls will be in place.

“We will manage the range in a strict manner,” said Michael Lindsey, a key representative for Teller Rifles, who addressed the council at a recent meeting on May 5.  “We intend to create a culture of careful use. “

He cited the range as part of a big picture and serving a critical need in the county.

On a per capita basis, Teller County reigns as one of the top areas in the country for gun ownership and concealed gun permits. But where folks can practice and tune-up their firearms’ skills is still a gray area.

Lindsey told the council their group is about education and training, and the range won’t serve as free-for-all for gun enthusiasts. It features a 100-yard range and sports a hand-gun area.  The shooting hub was used as training in the past for law enforcement agencies.

The plan was heavily supported by community leaders.

“This is a good program,” said Mayor Milford Ashworth.  “In this day and age, we need something like this,” said resident Steve Zoellner, a former member of the city council.

“I encourage you to move ahead with this program.  There are limits by range supervision,” said community leader and real estate broker Reed Grainger.

“We are a training organization,” stressed Lindsey and several  members of the Teller Rifles group.

“We want people to be responsible.”

However, some concerns were raised about the plan.

“You are asking us  to hand over property for private use,” said Councilwoman Melissa Trenary. “That is a big concern for the city.”

She also wanted to know if citizens of Cripple Creek, who aren’t necessarily members of the Teller Rifles club, could access the area, if the plan is approved.

City attorney Erin Smith, though, assured the council and public that any future agreement would impose deed restrictions and would have strict guidelines.

The Teller Rifles group would have to comply with a number of conditions, such as having set range hours, establishing a supervised arrangement for users, doing background checks and so forth.

Several questions also were asked about who could use the facility, and if it would be available to members of the Timberline Fishing Club, which leases out the reservoirs.

Teller Rifles’ leaders said they intended to have the range more for southern Teller residents, but they indicated some flexibility in this regard.  As far as citizens coming and using the range, Lindsey said that could be worked out, but under a supervised setting.  He said the range wasn’t designed as a public venue and they don’t want people to come to the facility and start firing away with no supervision.

“Our emphasis is on training and education,” said the Teller Rifles representative.

Following a discussion, the council agreed to  move forward with the plan and bring back formal documents for approval.

In other Cripple Creek news, the council heard a presentation by Mission Critical Partners for consolidating certain emergency communications services for Teller County in a region-wide manner The inquiry into combining services is being funded  by the Teller/El Paso 911 Authority, with a national consultant company assigned to review this possibility, explored in many other areas in the country.

This idea, in fact, has been proposed several times in the last 20 years, but has never gained consensus from all the emergency entities involved.

The  Mission Critical Partners consultant group, which has offices across the country, has made recent presentations before Woodland Park, Teller County and Cripple Creek.

A detailed study will be presented later this summer.

The main advantages, according to Bonnie Maney of Mission Critical Partners, deals with certain efficiencies from combining services and avoiding duplications. Also, some employee advantages could occur from the a more coordinated effort for emergency service and law enforcement employees.

But according to Interim City Administrator Ray White, the community is quite satisfied with the 911 services currently provided and the local connection available for residents. In fact, the police department has received much notoriety for its 911 services for a small community. White said any future changes implemented would have to show definite advantages for Cripple Creek residents.

Maney said elected leaders throughout the county and in local municipalities have given the go-ahead for a more detailed study.  She stated that reaction to their preliminary presentations has been quite positive. Maney indicated a future study should be completed in August.

Also, on the gaming front, Bronco Billy’s Casino has received the go-ahead for its temporary parking lot changes, as part of their massive construction project, resulting in a new hotel and parking garage.  This has resulted in the closure of their current parking area. Billy’s will use a new lot at the east part of town and then shuttle customers to their casino.  At a recent meeting, the council discussed the transportation route for transporting customers.