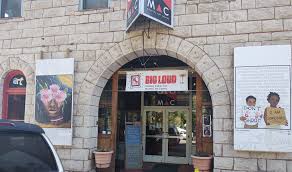 Since the winter of 2012, the 2,000-square-foot space at the back of Manitou Art Center’s building at 515 Manitou Ave., has been filled with the laughter of happy children making their way back from Memorial Park and the smells of paint and glue.

This was the space housing e11 Playschool, a place where children have explored the world of color, texture and creativity.

That was the year when British natives Maria and Alain Navaratne, who had moved to Manitou Springs from Los Angeles in August 2003, approached Manitou Arts Center executive director Natalie Johnson requesting the use of the space. The couple had previously been running a daycare, preschool and after-school program in the basement of their home in Crystal Hills, since their temporary resident business visas only allowed them to work for themselves. The business quickly outgrew the basement and Maria and the friends she was working with started seeking a new space by January 2009.

In the time she has been running her program, including 10 years in the United Kingdom, Maria estimates she has taught hundreds of children and, in turn, has learned new dance moves, humility and patience, she admits.

“Every day was different,” she said. “I always learned something new every day from the children. O loved and am very thankful for my co-workers and all the teachers we worked with in the past.” She always enjoyed singing, dancing, creating art and laughing with all the children who passed through the doors at e11. Her co-workers were Heather Van Elmeren, Dallo Fall and Robin Hinsdale.

But that has all come to an end. The Navartanes, who recently gained their United States citizenship, have decided to move on to new artistic adventures. They officially closed March 13, 2020 as the pandemic raged through Colorado and have now decided against reopening.

“The pandemic has allowed us to re-evaluate where our interests lie and we want to explore the possibility of working together as artists,” Alain said. “Managing a small business is very time consuming and did not allow us the freedom to work on our own interests.”

In addition to running e11, they also manage the Manitou Arts Center and work on projects that include Manitou Made, which all take a lot of time and energy leaving little time for much else. One project they are planning in the upcoming weeks is moving Manitou Arts Center’s ceramics studio into the former daycare center space.

“That is a big project for us and we are happy to be able to see a lot of happy ceramic artists moving into that space,” Maria said.

The giant easel, the glue guns and all the things the children transformed into works of art have been relocated to Pikes Peak Children’s Museum in Colorado Springs.

The largest draw for the preschool was the focus on art, play, imagination and nature-focused philosophy that the Navaratnes brought to the project, as well as their emphasis on experiential learning for young children.

“Starting this project in our basement was a great way to get to know the neighborhood, our neighbors and the community,” Maria said, “Those were our formative years in Manitou Springs and having the space at the center brought us closer to the park so we could conduct nature walks and collect flowers and plants for the children’s art projects.”

It was a joy to watch the center grow and blossom into a vibrant part of Manitou Springs and the surrounding area, Maria stated.

The educational model used by the couple is known as the Reggio Emilia style. This approach is student-centered and constructivist self-guided curriculum that uses self-directed, experiential learning in relationship-driven environments. It is based on the principles of respect, responsibility and community through exploration, discovery and play.

At the core of the philosophy is the assumption that children form their own personalities during the early years of development and they are endowed with a hundred languages through which they can express their ideas. The aim is to teach children how to use these languages in everyday life.

Parents who have been involved in the program through the years were often drawn in by the paint on the floors, real art supplies, sewing machines and costume areas. It became a safe and reactive place for children to socialize and unwind after school while developing their creativity.

“Our philosophy was always that there is no limit when it comes to what children are capable of,” Maria said. “Many parents and children have enjoyed their interactions with us over the years. I believe the children who have been here have received a unique experience that will benefit them for the rest of their lives.”

The greatest legacy the program brought is art, nature, imagination, creativity and loving friendships, Alain said. “And we consider that a fine legacy indeed.”