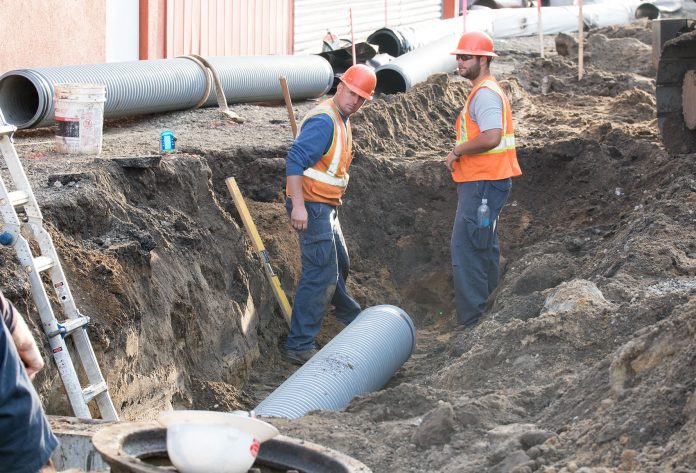 Council debates use of drones within the city

Unsightly utility poles could become a thing of the past in Manitou Springs following a recent decision by the city council that seeks to bury utility services along Ruxton Avenue.

To secure a favorable cost-sharing arrangement with Colorado Springs Utilities, the council approved the System Improvement Program for the Ruxton Avenue corridor between Winter Street and Hydro Street. The project consists of burying utility services and work is expected to begin in Spring 2022.

Council questioned whether customers would be required to pay a portion of the costs associated with the project and whether secondary services, such as phone lines and cable services be included.

City Engineer Dole Grebenik said whether or not customers would be required to pay for the burying of services would depend on a variety of factors that would vary for each customer and discussions would need to be conducted with Colorado Springs Utilities, which would also have to negotiate with secondary service providers to see what effect the project would have on their services.

Recently, Colorado Springs Utilities successfully negotiated the process of running secondary services underground in the Manitou Avenue corridor between Park Avenue and Serpentine Drive, which is currently taking pace and discussions can begin regarding Ruxton Avenue once the contract is finalized, Grebenik said.

Because the project along Manitou Avenue was so successful, the Ruxton corridor has a good chance of success, he added. City Administrator Denise Howell stated that Colorado Springs Utilities does not guarantee that any secondary services would be buried, but the city is open to negotiations.

Council member John Shada added that there are poles on both sides of Ruxton Avenue already, so burying the services would only eliminate half the clutter along the corridor.

Mayor John Graham said the 2022 start date for the project would allow time for negotiations to take place between all the affected entities and residents.

Despite the pandemic, sales in Manitou Springs increased 5.8 percent over the previous year, with December showing an increase of nearly 11 percent, according to Colorado Department of Revenue.

Manitou Springs also received an honorable mention as a bicycle friendly community by the League of American Bicyclists.

City Council also narrowly passed an ordinance regulating the use of “pilotless aircraft,” or drones, with a vote of 4 to 3.

Opposition to the ordinance stemmed from the fact that Federal Aviation Administration guidelines already heavily regulate airspace up to 60,000 feet and potential operator offenses, such as nuisance and harassment can already be cited under existing city laws. Related privacy issues are also currently addressed under state laws.

According to City Attorney Jeff Parker, having a local law in place regarding the use of drones will make it easier to enforce federal guidelines at the local level.

Steve Schopper, a Manitou resident who is a licensed pilot and operates a local drone business objected to the ordinance, saying it will hurt his business, but did not elaborate on how his business would be affected. He also felt the ordinance would be redundant because of federal regulations and stated that a local ordinance would be tossed out by federal law as the use of drones for deliveries becomes more common.

Parker said the ordinance did not conflict with federal laws and would not apply to commercial use of drones, but only to private usage and the ordinance was a way to give Manitou as much control over the situation as possible.

In other council action,  all fire restrictions in Manitou Springs have been lifted following the recent bout of wet weather, according to the fire department.