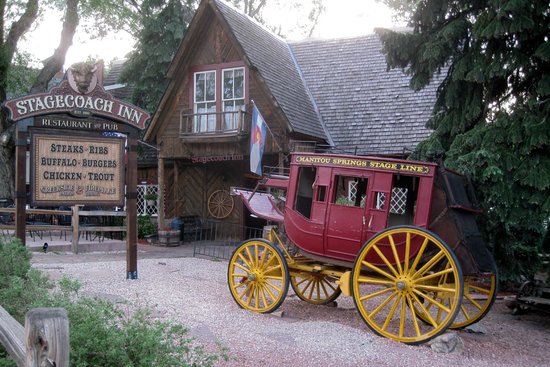 The quiet string of restaurants along the eastern edge of Manitou Springs reveals stories of the pandemic as well as the stern financial challenges confronting local businesses and their respective employees.

That is certainly  the case for the former Stagecoach Inn, which now sits shuttered and stripped of its name.

The owner, Pawel “PJ” Jacubczyk of Woodland Park, once again struck out in his effort to reopen under a new name. The business closed in 2019 following a string of lawsuits brought by former employees and closure by the city of Manitou Springs over an unpaid utility bill.

An attempt was made to reopen under the name of Manitou Eatery, after a food cart was placed outside the shuttered restaurant during the height of the pandemic when dining was limited to outside areas. The food cart never materialized and the  site still remains vacant,

And then there is the struggle for just compensation for the restaurant’s former employees.

A total of nine former employees of the restaurant were involved in a class-action lawsuit regarding unpaid tips and wages. Under Colorado law, employers of tipped employees are required to pay at least $8.08 per hour if the employee pays a tip credit against their minimum hourly wage obligation. That increased on Jan. 1 to $9.30.

According to the Department of Labor, “If an employee’s tips combined with the cash wage do not equal the minimum required wage of $11.10 per hour ($12.31 per hour as of Jan. 1), the employers must make up the difference in cash wages.”

The lawsuit filed against the owners of the former Stagecoach Inn stated that they were told that no matter what each worker’s sales were, all credit card tips would be added to their paychecks. Then, the owners would have their accountant add up the wait staff’s total sales and remove a portion to pay kitchen staff, who do not receive tips.

The person who originally filed the lawsuit, Andrea Schaus, stated she had kept track of her paychecks, did research and calculations and shared her findings with the Colorado Department of Labor, stating she was not properly paid by the restaurant.

“It was one excuse after another and (Jakubczyk) blamed me for his downfall,” she said. “In actuality no one is to blame for all of this except he himself. When she first filed the lawsuit in 2019, she wasn’t seeking payback she just wanted him to stop stealing money out of her pocket moving forward.

In the fall of 2020, the Department of Labor fined Jakubczyk and his wife Joanna Barczynska, more than $11,000, which included the more than $4,000 owed Schaus and subsequent fines.

A final settlement, but no real money

The couple agreed to start making payment on the settlement beginning Nov. 1, 2020 and continuing through April 1 of this year. According to Schaus, no money has yet been paid, despite trying for over a year, Schaus stated.

“He signed an agreement to pay back the money he took from his wait staff and we even agreed to a far less amount of money than what was actually owed in an effort to settle this matter,” she said. She moved to enforce the settlement agreement on Dec. 22, 2020 and the court granted her motion.

The court also granted the motion for judgement and entered a judgment in favor of the plaintiffs (the former employees) against the defendants (the business owners) in the amount of $50,000, not including attorney fees and related court costs, according to court officials.

Schaus referred to her former boss as an “arrogant, immature, irresponsible bully” who should never receive another business license in Manitou Springs.

The owners of the building originally owned P.J.’s Tavern in Manitou Springs, the European Cafe and Restaurant in Old Colorado City and the Stagecoach Inn. They recently remodeled the building in the hopes of reopening as The Manitou Eatery, which was registered under the name of the company accountant.

“PJ, and PJ alone,  is responsible for what happened to his business,” Schaus’ attorney Gregory E. Givens said.

While employed at Stagecoach Inn, Schaus was studying for a degree in criminal justice and now works for the Colorado Department of Corrections, where she has been employed since October 2020.