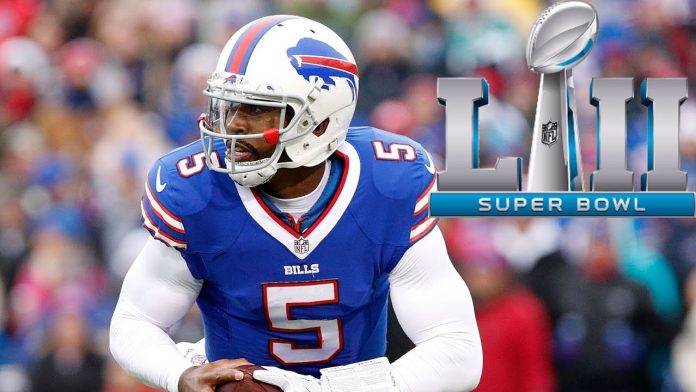 With a heavy heart, the Denver Broncs finished their season with a loss to the hated Raiders on a last second two-point conversion. As a result, they ended up in the AFC West basement with a 5-11 record.

All this year’s heavy hitters cemented their position in the NFL playoffs with a few surprises. The incumbent Super Bowl champion, Kansas City Chiefs, hold the top spot in the AFC Conference and get a bye next week.

The AFC Wildcard games next week will feature the Tennessee Titans against the Baltimore Ravens, the Pittsburgh Steelers versus the Cleveland Browns, and the Buffalo Bills taking on the Indianapolis Colts. Rather than get into a mathematical vortex of scenarios, I’ll just veer off and make my predictions on who is going where next.

The Titans will beat the Ravens behind Derek Henry and the run game. Keeping Ravens’ Quarterback Lamar Jackson on the bench with a strong run game will be the key to the win.

Big Ben Roethlisberger will be back for the game against the Browns. Ben has too many weapons and experience for the Browns to deal with. Steelers win. Props to Cleveland though for finally making the playoffs again. They’re on the right track.

The Bills beat the Colts handily. The Bills are for real with Josh Allen and all his compadres. AFC Championship game will be the Bills against the Chiefs. My money is on the Bills to make it to the Super Bowl.

Before I move on to the NFC, I’d like to make the point that all seven teams that made the AFC playoffs this year had a record of at least 11 wins. That in itself is remarkable.

Here things get really sloppy. NO team in the NFC deserves a spot in the Super Bowl. None of the NFC contenders look that great. The Chicago Bears are a wildcard with an 8-8 record and they’re in. And then there is Washington, and let’s not even discuss their record.

Anyway, the NFC Wildcard games will be the Tampa Bay Buccaneers against the Washington Team with no name. No Name was the final team to win a spot, due to their victory against the Philadelphia Eagles. They boasted a complete record of 6-9 in the hapless NFC East.

The Seattle Seahawks play the Los Angeles Rams, and the New Orleans Saints play the Bears.

The Green Bay Packers, who boasted a 13-3 record, have the number one seed and a bye.

The Packers will play the lowest seed after the wildcard. Likely that will be Tampa Bay, who will beat the Washington Team with No Name. The Packers will beat Tampa. The rest breaks down like this: Seattle beats the Rams; and the Saints beat the Bears. Then, the Saints beat either the Seahawks, or whatever other bottom dweller to comes out of the NFC playoff clown show.

TMJ Pick: NFC Championship game: Saints play the Packers. Doesn’t matter who wins that game. Neither team will beat the Bills in the Super Bowl.