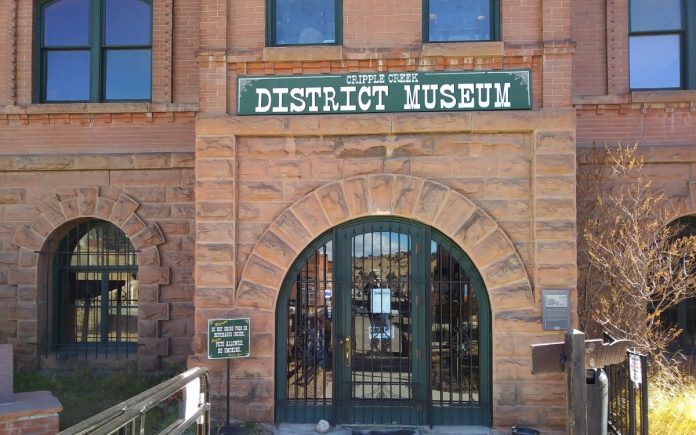 In appreciation for their hard work and dedication to helping preserve the history of the Cripple Creek District.
The Cripple Creek District Museum is pleased to bestow a Lifetime Membership to the following people:
Mackin Family
Peiffer Family
Kathy Stockton
Steven Veatch
Steve & Karen Zoellner
Dorothy & Wayne Mackin helped revitalize Cripple Creek in the 1950s with the renovation of the Imperial Hotel. They brought melodrama to the stage in the Gold Bar Room Theater. The Mackins served as members of the CCDM Board of Directors and have been supporters of the museum and historic preservation. They have donated many items which are on display. Dorothy & Wayne’s son, Stephen, and his wife, Bonnie, continued with city & community involvement. Stephen, Bonnie and their daughter, Stacy, produced melodramas at The
Butte Theater after its renovation.
Vernon & Carrie Peiffer were early Cripple Creek settlers. Many members of their family still reside in Cripple Creek. Their descendant, Hereford Vernon & Bud Peiffer aided in many civic projects in Cripple Creek; the building of the Cripple Creek/Victor School being one. Bud’s wife, Georganna Peiffer, has given freely of her time, energy, & artifacts in helping make the District Museum a showplace for so many of the District’s artifacts. Georganna has also served as a member of the Board of Directors.
Kathy Stockton has always been a supporter of historic preservation & the District Museum. She served as Historic Preservation Coordinator for the City of Cripple Creek and was instrumental in saving the Bear Caves, currently located on the CCDM grounds.
Steven Veatch, published geologist, and historian, has family ties to Cripple Creek. Steven has spent countless volunteer hours working on the mineral collection housed at the District Museum and is currently helping to archive & organize their vast photo and document collection.
Steve & Karen Zoellner are both avid supporters of historic preservation as well as the District Museum. They have donated artifacts for various Museum displays and have dedicated many hours to local museums & preserving local history. Steve & Karen both have given generously of their time and volunteer with many local organizations and groups.
Thank you to each and every one for all that they have done and continue to do.