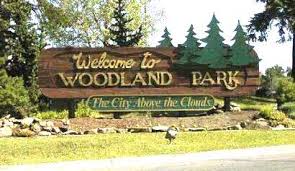 The City of Woodland Park is pleased to announce the hire of Michael Lawson as
Woodland Park’s new Assistant City Manager. Michael’s first day with the City will be
Monday, October 19.
Michael graduated from the University of California, San Diego with a degree in Political
Science with concentration in Public Law. He also has a Master of Public Administration
with concentration in Local Government from the University of Colorado, Denver. Michael
serves as affiliate faculty at Colorado Christian University as the instructor for “Public
Budgeting, Finance and Resource Allocation” in the university’s Master of Public
Administration program.
Michael comes to the City with experience and a proven track record of success in local
government. Prior to accepting this position, Michael worked for the City of San Diego as a
Management Analyst, and then with the City of Aurora for more than 12 years in various
roles: Manager of City-Wide Special Projects, Interim Community Development Manager,
Interim City Clerk, Finance and Budget Program Manager and Finance and Budget Program
Administrator.
As the Assistant City Manager, Michael will serve a vital leadership role in the organization
and actively support the City Manager’s efforts to implement the City Council’s goals and
policies. Michael will be responsible for managing community engagement, public
information, procurement, project management, Information Technology and Human
Resources.
City Manager Darrin Tangeman is confident that Michael’s talent and diverse local
government management experience will be an excellent match for this position and a
strong asset for the City of Woodland Park. “Michael has an incredible reputation throughout
Colorado, and I believe he will have a significant positive impact on our City’s operations for
many years to come,” Tangeman says. Michael is looking forward to living and working in Woodland Park. “My family and I are
grateful and excited to become part of the Woodland Park community,” says Michael of
starting this new position. “I look forward to coming alongside our residents and businesses
to better understand their needs and hopes for the future.”
The City of Woodland Park began accepting applications for Assistant City Manager on July
8, 2020 and received 83 applications from across the nation. Seven candidates were
interviewed as finalists. Michael Lawson accepted the City’s offer on September 15.

Paying Tribute to the Summer of Angst and Celebration