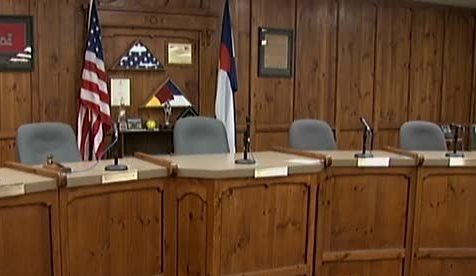 If you attend a Woodland Park City Council meeting in person these days; of course, remember your COVID-19 protective mask.

But you may consider taking a pair of boxing gloves or coming with a security escort. Yes, 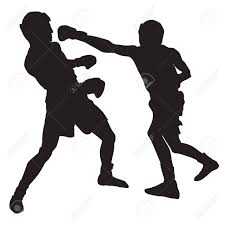 tips may soon be required on good brawling techniques in the current local political environment that rivals the Donald Trump/Joe Biden square-offs.

between the town’s former boss and a current council member, with the police chief summoned to intervene and cool tempers.  The good news:  no injuries were reported.

Oddly enough, the meeting started out quite routine as the city staff introduced their proposed flat budget for 2021. However, a verbal shouting match ensued when former Woodland Park city manager/resident David Buttery asked a question from the audience about the proposed fiscal blueprint for next year.

City staff representatives answered Buttery’s question, but then sparks ignited when Councilman Jim Pfaff commented on Buttery’s question. During Pfaff’s statement, Buttery, who worked for the city for 20-plus years, began shouting out from the audience.  This prompted other council members to speak up.

The tension all started when Buttery took the podium and asked City Manager Darrin Tangeman for clarification about the budget and what a statement on one of the slides meant. “My question has to do with one of your earlier slides,” Buttery asked. “It could be an if/then question, you spoke of reductions in services of 2021. I couldn’t tell if that was a consequence of something that might happen or if indeed was going to happen.”

Tangeman responded by saying that since the proposed budget for 2021 is a flat budget. Moreover, he explained that the city may have had to lower some of their operational expenses. However, he stated that the flat budget, which doesn’t increase expenditures on operational costs, would not be sustainable after 2021.

“This budget would see small reductions in services across all departments,” Tangeman answered. “But if it lingers longer as inflation increases, those reductions get bigger.”

The pending reduction of services and the town’s fiscal situation has been an issue of concern in the current city election for a vacated council seat.

Mayor Val Carr then closed the floor for public comment when Pfaff voiced his views regarding Buttery’s past comments and the fiscal challenges facing Woodland Park.

“I just want to say I find the former city manager’s comments he has been regularly making here somewhat condescending and unnecessary and not what we are trying to do here,” Pfaff said. “As a citizen we appreciate his communication, but a lot of what we are challenged to do in this budget season in part is due to poor decisions that were made during his administration. And I have to compliment the current city manager on working very hard to try to fix some of those problems. But we find ourselves in a great challenge.”

That was when Buttery interrupted and started yelling out from the audience. “Mr. Mayor, is that appropriate for him to be attacking a citizen?” he questioned. “I can’t believe you are allowing him to speak like that when I have said nothing contentious tonight!”

Pfaff then raised his voice and tried to reemphasize his previous point, when the mayor stepped in. He urged the council to adopt a tone of civility. “I will remind council that we are not in the mode to attack anybody,” Carr stated. “As citizens choose to attack us, we have to take it but we have to hold our powder at this point.”

But Pfaff continued on with a raised, stern voice. “Since there was no direct attack by me and since the former city manager wants to try to make it an attack, I have stated facts and the situation as I see it,” Pfaff said. “If he doesn’t like that that is fine.”

Council member Hillary LaBarre urged a sense of order, and stated that Pfaff’s comments were “inappropriate.” But this didn’t stop Plaff’s verbal assault.

“I will finish what I have been saying because I have spoken on the facts,” Pfaff demanded. “If you want to make a big deal about it, that’s fine I will make just as much a big of a deal about it back.”

Councilwoman Kellie Case then stepped in. “Mr. Mayor I want to make a point of order.  He (Pfaff) is attacking a citizen of our community,” she said.

But Pfaff wouldn’t let the fight end. “That is absolutely inappropriate for a point of order to be made because no attack was made,” Pfaff declared. “I was talking about the situation that we’re in. And I’m sorry that other council members don’t want to be serious enough about this process to allow these statements to be made because they are irrelevant.”

Carr then opted to put an end to the discussion. “So, I am going to terminate this at this point and we are going to move on,” he demanded.

But then Pfaff went on and added fuel to the flames when he muttered something under his breath. The verbal dispute appeared to near the punch-throwing stage, according to some viewers.

“Would you ask Mr. Pfaff to repeat what he just said?” Buttery shouted out again.

“Yes, I will, not Christian in approach!” Pfaff said angrily. “I am speaking about an issue that is important to the city and I sit as an elected member of the city council of the city of Woodland Park.”

Buttery then continued to shout out and argue with Pfaff from the audience, when Carr stepped in again.

The mayor summoned Police Chief Miles DeYoung for assistance, in putting an end to the shouting match.  Tempers then cooled off and the subject was closed for further discussion.

Due to the uncertainty regarding the COVID-19 impacts, the city staff has decided to propose a 2021 budget, calling for  lean  operations and maintenance costs  that are less than those  of the current year.  In fact, the 2021 prosed budget will feature a reduction in more than $140,000  in expenditures from the 2020 budget.

But during his presentation, Tangeman emphasized that while not much fiscal  bleeding will occur in 2021, with minor reductions, that won’t be the scenario in future years unless the city’s financial situation improves. He said that if the city continues with a flat budget in 2022 and beyond,  services will be noticeably impacted and staff retention will occur.

According to Tangeman, the cuts in costs are a byproduct of a full revamping of departments and personnel. “One of the things that has occurred this year was personnel reorganization within the city,” Tangeman said.

“Because of COVID, the teen center was closed already due to restrictions. As a result of that, we started looking at other ways to potentially operate the teen center in its current capacity but maybe not as an extension of the city and its revenues and expenditures. One of the organizations we are working with is the Pikes Peak Region Boys’ and Girls’ Club. And we are in close discussion with them to sponsor our local teen center.”

However, the mayor reminded meeting participants and online viewers that the presentation last week was just an initial proposal of the budget. There will be several more chances for council members to ask questions and fine tune details of the fiscal blueprint for next year,  before their final approval in December.