First responders learn how to better intervene in critical situations

Area residents received a jolt last week when enforcement vehicles from a slew of agencies invaded woodland Park and a deluge of first responders gathered at local restaurants.

Rather, this influx of police cars and first responders was due to a Crisis Intervention 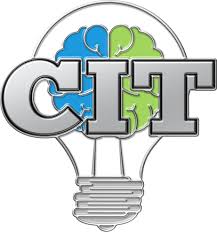 The CIT training program brought first responders from across the state, including law enforcement agents from the Woodland Park, Fountain and Buena Vista police departments. Aside from police officers,  other professions that attended the course included paramedics, code enforcement officers and animal control agents.

The training program was designed to educate first responders on how to handle a variety of tricky situations. The 40-hour long seminar provides intensive training on how to tell if people are suffering from mental illnesses, and how to properly communicate with them. The course also teaches verbal de-escalation tactics through scenario-based learning.

The week-long course was put on by Santelli Training and is based off a program that was originally designed in Memphis over thirty years ago. “This comes from a model that was developed back in 1988 as a result of a fatal shooting in Memphis,” training company owner Jeff Santelli said. “The Memphis police department went out on a report of a man with a knife who was mentally ill. He was shot because he posed a threat and there was a lot of public outrage as a result of that. So, they developed what is still known as the CIT model.”

The team’s training style uses a unique approach where the trainees get put into real-life scenarios. “It is a 40-hour format with a number of various classes,” Santelli explained. “What really makes the class is the role plays. So, they get to practice the skills they learn

in the classroom with real actors. We have a coach that facilitates the training and we get a lot of good results from doing this.”

The training company’s owner also said that each class they teach can be catered specifically to the demographics of the region they are teaching in. “There are core elements of CIT that we always teach and then there is room for some variations depending on the demographics of the area and their special needs,” Santelli said. “So, if there is a veteran population, we have a veterans’ class. We do a disability education piece that covers dealing with people with different disabilities.”

During the training, the first responders attending the class were put through a variety of scenarios to test the communication skills that they have learned. For example, one role play that was conducted had the class attendees work through a situation where someone had locked themselves in a gas station bathroom and the officers had to communicate with them through a shut and locked solid metal door.

The actors then portrayed people that exhibited signs of having certain mental ailments, including being suicidal and suffering from drug addiction.

The training course also put first responders in other scenarios outdoors like talking to someone who is inside a parked vehicle. Another role-play involved a scenario where police officers were approaching a distressed man on the streets who claimed that someone tried to run them over with a bicycle. The actor played the role of a person suffering from an intellectual disorder.

During the role-playing, the coach of each group usually stops the portrayals half-way through and then goes over what steps the trainee was taking that were good and helpful. The coach would also then describe to the first responder suggested actions that could take, providing a better way to communicate. During the breaks in role-playing, the coach also gave other trainees in the group a chance to give their peers input.

According to Santelli, the CIT system has produced proven results when people that have graduated from the course give examples of how the training has helped them in their careers and even in their personal lives. “I got an e-mail from one of the students and she said that right after graduation she was called to an incident involving an elderly woman,” Santelli recalled. “The woman was threatening to kill her husband and it sounded like a barricade situation. And so, when the officer engaged with her, she said, ‘I used my CIT skills.’ And she was successful in de-escalating and gaining cooperation, which is a big thing we always want to de-escalate so we can gain compliance. So, that was a really good success story and I get those from time to time when people say, ‘Oh my gosh I used my skills!’”

With the nation seeing rising cases of mental health problems, it is likely that more police departments across the world will start to implement some type of crisis intervention and verbal de-escalation training. The gurus of the training industry feel that if more law enforcement agents go through education programs like the CIT model offers than the number of violent encounters with law enforcement agents will decrease in the future.