Special Events and Summer Festivals May Get Slashed

Lovers of Donkey Derby Days, the Salute to American Veterans Rally, the Cripple Creek Ice Festival, Top of the World Rodeo, Cruise Above the Clouds and other big and festive galas 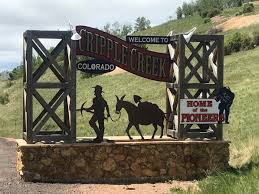 may have to  look elsewhere for financial support than from the city of Cripple Creek. Maybe the city can offer peanuts or hot dogs and free publicity for these festivals, but not  much more, at least based on new financial numbers.

Last week, the financial guillotine came crashing down during the initial budget meeting for 2021, with the staff members, community representatives and residents getting a dose of life under the smallest annual fiscal portrait in decades, with spending plans cut to lower than $9 million. This compares to  a budget of about $11.5 million a year ago.

“This is the smallest budget in 25 years,” said Finance Director Paul Harris, who apologized a number of times for the gloomy outlook. “It is a big hit.”

Virtually all funds, except those for public safety, such as police and fire, incurred a big swipe from the guillotine blade.

With the invasion of the COVID-19 epidemic, the town’s fiscal future is in more danger, as the city can’t rely on property tax and sales tax revenue to make up the difference, according to local officials.

The town is suffering big from a plunge in gaming revenue, tax allotments from the state, 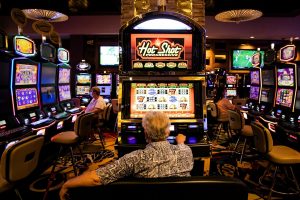 and a record low level of gambling device fees. Harris expects the town to stay below the 3,500 betting device and game level, which represents nearly half of what the gaming community offered during its prime period a little more than 10 years ago.

As a result, and due to lower gaming numbers than expected, the town government may completely retreat from its aggressive special events pursuit and offer zilch money, or very little, as a sponsor of summer festivals.

Summer of Fun Getting Trashed

The special events subject may become a hot political potato, as the town has earned a reputation in the past as a big booster of family-related visitation, historic tourism and big traditional events. It has played a role in supporting nearly 15 events throughout the year.

And for the forthcoming Ice Festival this winter, the city’s support is considered a  “make 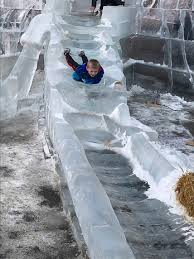 or break” option for the event organizers.

With the city looking for more budget cuts, the narrowing amount the city now invests into special events could get slashed completely. Marketing and Special Events Director Jeff Mosher stated that the city may no longer be able to offer  any funds for special events in 2021. Instead, he indicated that the city could offer support services for the festival operators. “It is a tough year,” said Mosher, who witnessed more cuts last week against his already lean budget. “We need to get more bang for the buck.  We may just need to ‘say no’ (regarding funding of events next year).”

He contends that the city needs to promote more smaller events, handled by local nonprofits. He cited the recent success of the Two Mile High Club’s fall aspen tours and the American Legion Fall Festival.

But at the same time, Mosher admits this no event funding  stance could give the town a bad image and could  become a risky option. He expressed definite concerns towards this drastic of a choice.

Harris conceded that the subject of special events must get resolved within the next few weeks. “We are going to have to pivot like a traditional city,” he added. “We can’t continue to operate in the same fashion.”

He was referring to the fact that Cripple Creek generates the far majority of its revenue from betting device fess and gaming taxes, and receives virtually nothing from property taxes, utility payments, sales tax revenue and associated fees.

And based on last week’s discussion, it appears the council may be ready to say  no for future funding for events. “I am not going to put our services at hostage for events,” said Councilwoman Meghan Rozell.

She made it clear that if a choice has to be made between reductions of special event funding versus personnel and program cuts, she would opt for slashing events. The other council members didn’t indicate their position on this subject, but agreed with the premise that the town faces hard times and tough decisions must occur.

Prior to last week’s discussion, Harris indicated that the city of Colorado Springs has significantly cut its events budget.

On the other side of the coin, many local events are operated by small nonprofits with few options for additional sponsors.  And  the city has thrived as a community that welcomes 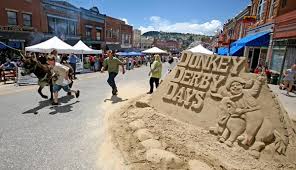 families and out-of-town visitors with its rich array of events/festivals. It once featured the  nickname “Summer of Fun,” a title that is now getting buried in mud. In the past, the city opened up its wallet to the tune of several hundred thousand dollars a year for event funding.

Other than the possibility of zilch event funding, few curve balls were delivered at last week’s budget discussion.

The main shock dealt with the record low budget, with huge reductions in park and recreation programs, marketing, special events and costs for public infrastructure. “We are trying to keep the community together,” said Parks and Recreation Director Connie Dodrill, in discussing a nearly 40 percent cut in its programs and expenditures from a year ago

Town leaders are hopeful for better prospects in the future. The possible passage of Amendment 77 this November, opening the door for more high rollers and gaming players by eliminating betting limits and offering more games, could change the gambling landscape for Cripple Creek.

Mosher said one of the town’s main goals from an economic and business standpoint is to develop  a climate favoring more several-day stays among visitors.

The final budget will be completed in late October with an adoption slated for early December.