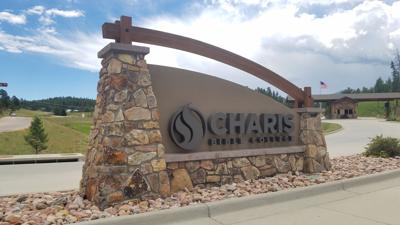 The legal battle between Andrew Wommack Ministries (AWMI) and the state and county health departments took a new turn, resulting in more blows last week when Charis Bible College held a pastor’s conference despite a court order telling them not to do so.

County officials struck back by filing an order in state court to force the bible college to end their conference.

It all started two weeks ago when the legal team representing AWMI Liberty Counsel filed a lawsuit against the state and local health departments. As a part of the lawsuit, the legal team filed an emergency injunction to let the ministry group exercise their First Amendment right and go forth with a Pastor’s Conference that was slated to be held last week.

A district court judge first denied the emergency injunction made by Liberty Counsel and then the legal team quickly sent the case to the state’s Court of Appeals. The court at first ordered the state to make a response before Oct. 4.

The state responded by saying that they would not allow the conference to exceed its 175-person capacity, set by the health order prior to the event. Then, last Monday, the Court of Appeals denied AWMI’s emergency injunction to hold their conference.

However, even after two judges denied their request, AWMI held their pastor’s conference with over 600 people starting last Monday. They reportedly tried to implement safety procedures. The Teller County Sheriff’s Office and the Woodland Park Police Department both announced that enforcement was not their responsibility and that only the county or state health department could enforce such an order.

State and Local Officials Refuse to Back Down

State and local officials then made a move to fight back when they filed an injunction to stop the bible college’s conference in federal court. During the federal court hearing, the 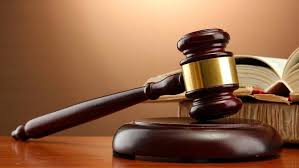 “At the hearing, AWMI’s attorneys were unable to answer the federal judge’s questions about the details of the conference, the number of attendees, social distancing, mask-wearing and how AWMI was complying with the public health orders,” Teller County Administrator Sheryl Decker said in a press release. “When the federal judge asked for Mr. Andrew Wommack to appear by phone at the hearing to answer these questions, AWMI’s attorney abruptly moved to dismiss its federal lawsuit and the case was dismissed. After AWMI dismissed the case, Teller County contacted AWMI to discuss its plans for complying with the public health orders for the remainder of the conference. AWMI did not respond to this request.”

The Liberty Counsel, however, took the outcome of the hearing as a victory and said that they decided to dismiss the lawsuit for now, and that they are looking at further legal actions. “We are pleased the District Court recognized it could not hold Andrew Wommack Ministries International in contempt,” the group’s chairman and founder Mat Staver said. “The state and county’s attempt to hijack the lawsuit to get their own emergency injunction was averted. The Constitution and rules are there to protect litigants. Courts do not have freewheeling authority. A party should not have to guess as to the claim or charge and should have clear notice of the basis of legal action asserted. The First Amendment legal challenges to the orders issued by Governor Jared Polis deserve a fair hearing.”

Then, last Thursday after AWMI did not respond to the state’s request for plans to comply with the health order, the two health departments joined forces and filed a complaint in the Teller County District Court seeking an emergency temporary restraining order from the court for AWMI to comply with the public health orders.

Early Friday morning, a district court judge granted the request of the local health departments to issue an emergency restraining order against the Charis Bible College. However, the judge emphasized that the restraining order could not halt the conference altogether, but it could forcibly restrict AWMI from keeping the conference to under 175 people in one room.

But, once the order was made and the official notice was given, the ministry’s pastor’s conference that welcomed nearly 700 people, was already scheduled to be over. County officials now hope that the decision made by the courts will prevent the Charis Bible College from having large conferences that are against local health department orders in the future.

During last week’s Teller County commissioners meeting, Decker and county attorney Paul Hurcomb were not in attendance, as they were in court. However, it was mentioned at the meeting that the number of confirmed cases in the county have not yet increased, but it was also brought up that it is too soon to tell what will come from the conference that was held last week.