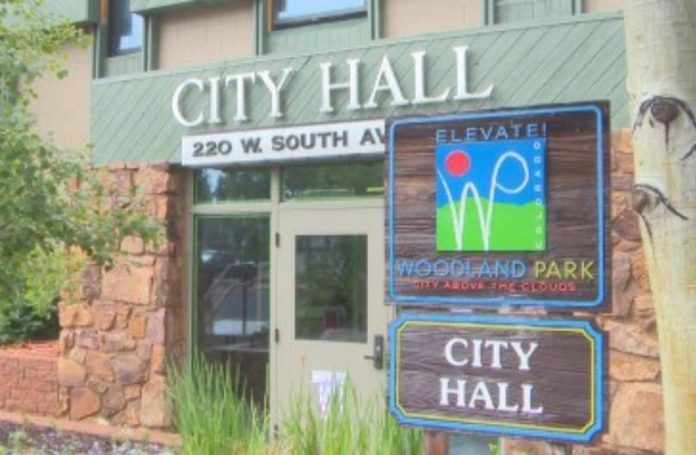 No Verbal Punches Thrown During The Debate

Due to the Woodland Park City Council not being able to reach a majority verdict regarding a vacant seat appointment, the city was forced to hold a special election. Three candidates are vying for this position.

The vote this year will occur at the same time as the November presidential election, the first time this has occurred in the recent history of Woodland Park.

Therefore, the city held its second candidate forum during 2020 (an earlier one occurred during the regular April election) to help residents make their decision. The three candidates running in the November 3rd election to fill Noel Sawyer’s seat on city council (Stephanie Alfieri, Don Dezellem, and Catherine Nakai) fielded questions for just over an hour last Wednesday evening in city council chambers.

The forum was sponsored by the Woodland Park Chamber of Commerce and moderated by former councilwoman Carrol Harvey.

The questions covered a wide variety of issues and citizens were welcomed to ask the candidates about their specific concerns. Each candidate was given two minutes to introduce themselves, one minute to respond to the questions, and a 30-second rebuttal if desired to another candidate’s response.

After Harvey outlined the rules and methods for the forum, the questioning got underway. The topics covered included: the reliever route (bypass), the Downtown Development Authority’s handling of Woodland Station, the school mil levy and COVID-19’s impact on the city.

Harvey also read questions that pertained to the vendor’s fee, diverting funds from the 410 fund (the city’s street improvement fund) to fund phase two of the aquatic center, the city strategic plan and legalizing marijuana. Towards the end of the forum other subjects that were discussed included funding the comprehensive plan, city zoning laws, and questioning surrounding a controversial resignation from Main Street.

Some interesting questions were also put forth by the press and citizens following the forum on Zoom. The questions from online attendees asked about the regulation of vacation rental units located within city limits and the problem with collecting taxes from them, affordable housing, and social unrest.

Questions posed by the press included one by a local reporter on why Alfieri did not respond to inquiries about the ethics complaint filed by City Manager Darrin Tangeman back in June of this year. Tangeman’s complaint cites actions taken by Bob Carlsen, Jan Wilson and Stephanie Alfieri at the May 11 Main Street board meeting “that clearly violated Woodland Park Main Street’s Bylaws, Code of Conduct, and Conflict of Interest agreements.” Alfieri responded by saying that she has been completely transparent on the matter and offered to supply all documents, recordings, and notes involved.

The question posed by the TMJ News asked, “Traditionally council has been a non-partisan body. Lately, some on council have used their position to interject their political and religious ideologies in off-topic discussions. Will you promise not to speak off-topic and espouse partisan or religious rhetoric during meetings if elected? Secondly, do you believe in the separation of church and state?”

In answer to the TMJ News question, Alfieri began by claiming that the city council is not non-partisan because many of them are registered members of political parties and that they should be able to instill their personal values when making decisions. Nakai then clarified that it is indeed supposed to be a non-partisan body by reading Article 2.1 of the city charter, which states, “all elections should be non-partisan.”

Alfieri went on, “I think that asking the council to stay on topic is a relatively high request to make of council. I will always allow my principles and my values to guide the decisions I make.” She did say that “Otherwise as an elected official to use the day as an official capacity to communicate on things like that, we need to be careful of that.”

Dezellem said, “I too would use my personal conscience and principles in making a decision.” He then called using the council as a platform, “I’m not going to use it as a soapbox.” And he called it a “slippery slope.”

Nakai said, “Personal politics tends to divide public servants, especially these days. I prefer to keep this out of our city business and focus on serving the people of Woodland Park.”

When asked by TMJ News if the candidates believe in the separation of church and state, Nakai was the only one to reply with a simple “Yes I do” answer. Dezellem deflected to the issue of opening government meetings with prayer, and Alfieri said it is not in the Constitution. She said that the Constitution only states that “the government shall make no official religion,” and that government cannot exclude religion.

She also stated that “I feel it is VERY important for our elected officials as well as with their principles and values to let their religious beliefs to guide them and keep them centered in doing what’s best within the framework of the office that they serve.” She made it clear her opinion is that “It is not about separating and keeping religion out of government. It’s about allowing for all forms of religion in government.”

Ultimately, citizens of Woodland Park have a fine crop of candidates in the November election. After months of deadlock on issues due to the council having only six members, the city will finally be able to move forward with legislation, once they gain the extra member who will become the tie-breaking vote.