The coronavirus epidemic has finally hit home with a cruel twist of fate, victimizing the area’s first elected leader.

Milford Ashworth, who was elected mayor last November, has tested positive for coronavirus. He became the first public official or employee of  Cripple  Creek to get infected from the virus. The infliction occurred during a trip he took in the Midwest area to visit relatives. He reportedly contracted the pandemic from a person he came into contact within the Midwest area where the virus has rebounded strongly.  The mayor, who thought he may have encountered someone with a flu-type virus, then took a COVID-19 test that came out positive.

An official announcement occurred during a city budget session last week, as Ashworth participated in the session remotely from his home.

City officials report that Ashworth is progressing well and is now only having minor symptoms. He appeared relatively healthy and alert at last week’s budget session.

Of  course, the fiscal numbers presented at the session would probably create fever symptoms among any attendees. The financial numbers aren’t good for the city (see related story).

However, due to the mayor’s age, he is part of a very vulnerable population segment.  During the early months of the epidemic, Ashworth was constantly garbed in protective mask equipment. He took probably more precautions than any other council member.

The  most recent reports indicate that the mayor is now experiencing minor symptoms. He  must remain in quarantine for the short term.

Despite the mayor’s infliction, the Cripple Creek/Victor area continues to rank as one of the safest spots in the region from the coronavirus epidemic.  “Most of the cases in Teller County are occurring in the Woodland Park area,” said Interim City Administrator Ray White.  “We are doing very well.”

No cases have been traced to any casinos, and in the last week or so, the southern Teller area only experienced one new case.  Altogether, only about 6 percent of the total COVID-19 cases are stemming from the Cripple Creek/Victor region. 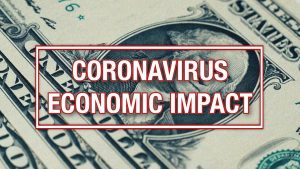 Unfortunately, the southern Teller area is getting little relief from the state. Table games have not returned to the Cripple creek gambling scene, as the state is no longer accepting any more variance requests. Now, the county must obtain a new designation as a Protect Our Neighbors rating, which offers a region the least amount of COVID restrictions.

Until that happens, blackjack, poker, craps and roulette tables in Cripple Creek will remain empty.

This has prompted criticism from leaders as table game action has returned to the casinos in  Black Hawk and Central City. Fortunately for them, they are located in Gilpin County, an area that has experienced hardly any coronavirus cases.

The financial beating the region has incurred is unprecedented, with Cripple Creek submitting a 2021 budget, representing its smallest fiscal blueprint in 25 years (see related story)

Cripple Creek leaders are hedging their hopes on the passage of Amendment 77 in November. This would open the door for more visitors and high rollers by doing away with current bet limits in the Colorado gaming communities and adding more games.  Last week, the council enthusiastically approved a resolution, supporting Amendment 77, which must be approved at the state and local levels.  In fact, at the state level, it must get the okay by more than 55 percent of the voters.

White stressed the importance of this vote. “I hope the citizens realize how this has the potential to be very positive for the city.” He sees this vote as even more important than the 2019 okay of sports betting, which really didn’t impact the city’s bottom line much.

“It would really allow us to attract more visitors and a clientele that would spend a lot more money,” said White.

To date, not much opposition has been generated against the Amendment 77 proposition.  Historically, these types of voter propositions, which let local communities decide their economic fate, do quite well in state votes. But on the downside, voters are dealing with a massive amount of ballot propositions and key races this November.