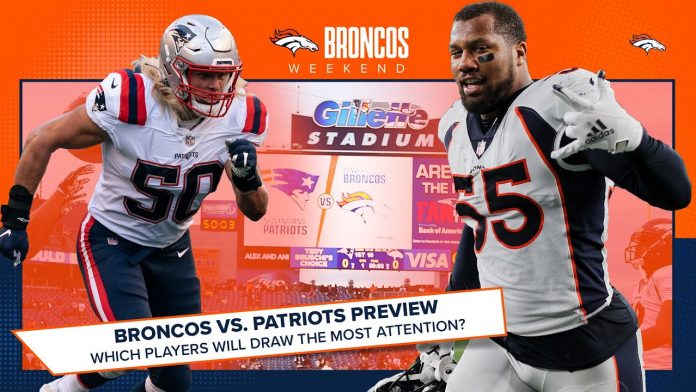 As we celebrate the Bronco’s first victory of the season, having dispatched the New York Jets 37-28 in week four, we now look ahead to the week five matchup against the New England Patriots.

The Broncos will travel to the East Coast again this week. As I mentioned in last week’s column, this is a bad omen. Miraculously, the Broncos overcame both the early game and the East Coast jinx to beat the Jets, but the Pats are not the Jets.

made a laughing stock when the Broncos man handled him in Super Bowl 50. Von Miller made him his personal whipping boy in that game.

Unfortunately, Miller is lost for the season this year. The Bronco injury plague struck again last week. Tight End Noah Fant went down with an ankle injury and wide receiver KJ Hamler (hamstring) are “iffy” to play in Week 5 and could miss multiple weeks, according to Head Coach Vic Fangio.

Now a little information on the Patriots.

This past weekend the news broke that Newton tested positive for the coronavirus. According to ESPN sources, the NFL announced it has postponed the Pats/Chiefs game that was supposed to be played last Sunday, after Newton and Chiefs quarterback Jordan Ta’Amu tested positive. The NFL is hopeful the two teams can play on Tuesday. As of this writing, none of the other Patriot or Chiefs players or coaches have tested positive for the virus.

With the self-quarantine protocol of 14 days, Newton will not be back in time to play the Broncos in week five.

As the COVID news is still unfolding, it is unknown at this time if the Patriots/Bronco game will even take place. If the NFL is able to get the Chiefs/Patriots game played today (Tuesday, Oct. 6) the week five game against the Broncos will likely occur, barring additional COVID cases.

The Pats backup quarterback is Brian Hoyer. Hoyer, a journeyman quarterback, who also played for the Pittsburgh Steelers, Arizona Cardinals, Cleveland Browns, Houston Texans, Chicago Bears, San Francisco 49ers and Indianapolis Colts. He has a lot of frequent flier miles. He also won Super Bowl LIII during his second stint with the Patriots as the backup to Tom Brady, but did not play in that game.

Last year, when Hoyer was with the Indianapolis Colts, he played in four games and started in one. He was not very effective. He threw four TDs and four INTs in those games. His quarterback rating was 65.7. Hell, Brett Rypien looks pretty good to me against Hoyer.

The Pats have some heavy hitters on offense and a very good defense, but with Hoyer at the helm I don’t have the fear I had when Newton was going to be the starter. This game is going to be much more interesting than it first appeared to be.

The Broncs are coming off a win, albeit against the hapless Jets. Bradley Chubb has gained a lot of confidence after his two and a half sack game last week. The team has a little extra time to heal from their many wounds. So ,who knows? They just might pull off an East Coast miracle and beat the Pats in their house.

I’ll take a shot of that. I’m calling this one a tossup.