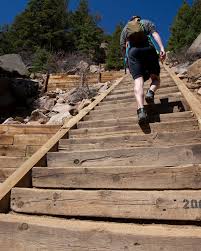 After months of debate over the future of the Manitou Incline after closure in March amid COVID-19 concerns, the popular attraction reopened at 6 a.m. last Thursday (Aug. 6) under a new reservation system

This followed a 5-2 vote by the Manitou Springs City Council on Aug. 4.

Manitou leaders debated the Memorandum of Understanding with the city of Colorado Springs, which owns the Incline in partnership with the Cog Railroad and the National Forest Service. The original memorandum would have expired when Manitou’s Emergency Pandemic Orders expired. The new memorandum will be in effect until long-term policies and procedures for management can be agreed upon by both cities.

Council member Julie Wolfe expressed her concern by stating that the reservation system should not apply to residents of Manitou Springs and that an attendant should be present and provided with a cell phone while the Incline is open to contact Manitou Springs Police rather than El Paso County Sheriff’s Office if there are incidents involving those using the Incline without a reservation and wrist band as the memorandum stated.

Wolfe also argued against reinstating the shuttle service or eliminating Manitou’s financial support of it. Colorado Springs pays $168,000 toward the shuttle and Manitou’s portion is covered by fees from parking at Barr Trail. The shuttle contract extends through spring 2021. 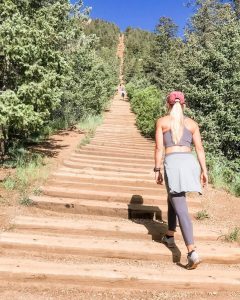 Reservations can be made up to one week in advance and the Incline will operate from 6 a.m. to 6 p.m. Those using the Incline need to show proof that they parked at Hiawatha Gardens or Iron Springs Chateau unless arriving on foot or riding a bicycle. Parking at Hiawatha Gardens will no longer be free as a result of the new agreement. Face masks are required if a distance of six feet cannot be maintained between hikers.

Hikers must wear a wristband and anyone without reservations, using it during closed hours, or not wearing a wristband could be subject to a citation for trespassing. Reservations of groups larger than four need to coordinate directly with Colorado Springs Parks, Recreation and Cultural Services Department.

Reservations are free under this system, but city officials had originally considered a $5 access fee throughout the discussion process. Reservations can be made at coloradosprings.gov/incline.

Shuttle services up Ruxton Avenue are expected to resume by Aug. 24.

In other Manitou Springs city news, the council approved an ordinance to extend business hours for Maggie’s Farm and Emerald Fields from 10 p.m. to midnight by a vote of 4-3.

The Manitou Springs Community Swimming Pool has reopened to the public, as has SunWater Spa.

In School District 14 news, Maria Masone has been named as the new principal for Manitou Elementary School, replacing Russ Vogel. She is a long-time special education teacher with the district and has also served as dean of students and assistant principal for 17 years.

The district currently plans to reopen on Friday, Aug. 21 with what Superintendent Elizabeth Domangue calls a transitional hybrid model.

Under this model, schools will reduce the number of students on campus at any one time by approximately 50 percent for two to four weeks. Students will be split into two groups that will attend in person three days one week and two days the next, with the remainder of the week left for on-line learning. Family members will be scheduled into the same groups as much as possible to ease the transition for parents.

Teachers will provide learning resources and activities using the Canvas learning management system. Students will access learning at the most convenient times for them and will check in every day during the week.

Students choosing to return to campus will receive in-person instruction a few days a week.

The district will pay all costs associated with on-line learning and after-school sports participation can continue. Plans include four courses for elementary schools, six courses for sixth and seventh grade students and six to eight courses for eighth through 12th grade students. Special education students will still receive special services.

Face coverings will be required for everyone over the age of 10 and anyone entering school property will have their temperature checked. The use of gyms and cafeterias will be limited and buses will be disinfected. One-way traffic flows will be attempted in all buildings. Furniture will be rearranged in classrooms to maintain social distancing. The high school will be closed during lunch time.

“We will continue to learn along the way,” Domangue said.