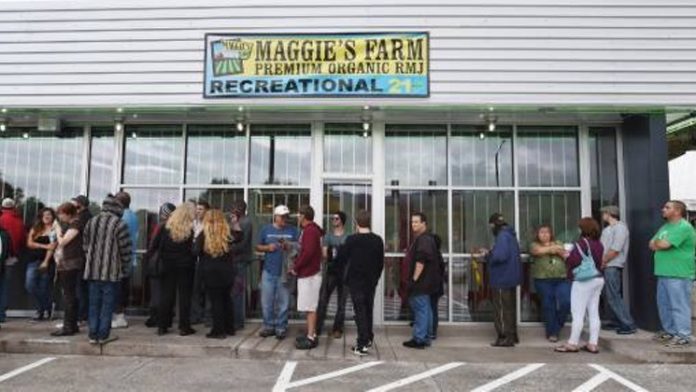 State law says retail marijuana dispensaries must close by midnight and the facilities currently close at 10 p.m. But  these two cannabis outlets need to gain approval of city council to remain open later.

Last Tuesday’s meeting, held via Skype, was supposed to provide a second reading and public hearing of the ordinance and city council members hoped the input would come

during the meeting. However, the elected leaders expressed concern at the lack of public input. Technical glitches with the software used for the meeting only allowed a couple of people to speak regarding the issue. One speaker was the attorney for Maggie’s Farm, who was there to address any concerns anyone might have, and to state that the business was in favor of the increased hours.

Former Manitou Springs Mayor Marcy Morrison said she had spoken to several neighbors regarding the ordinance and they were recommending a pilot program to review traffic issues before any final decision was made. City officials stated they have already looked into these issues while the ordinance was being prepared.

Council member Julie Wolfe said a pilot program would not be needed because the ordinance could be amended at any time once passed.

Mayor John Graham, Mayor Pro Tem Nancy Fortuin and Council Member Susan Wolbrueck were concerned because the proposal for the ordinance was based on recommendations by the city council and not by the marijuana shops, which will be affected by any changes in the local laws.

Because the matter was not considered urgent, city council voted to table the hearing and place it on the agenda for the Aug. 2 meeting for discussion and second reading. 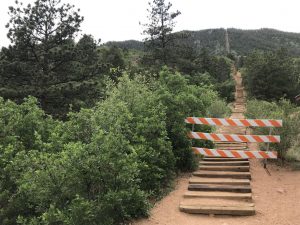 the shuttle bus service up Ruxton Avenue, which services the Incline. The shuttle has not been running since the closure of the Incline in March. Despite other attractions in the area, such as Cave of the Winds, Rainbow Falls and the Manitou Cliff Dwellings, the Incline remains closed.

The proposal attempts to offer solutions to reopen the Incline in a safe manner under health and safety guidelines from the Colorado Department of Health. Colorado Springs wants the Incline opened as a trail. Manitou City Council continues to refer to it as an attraction and is seeking operating ideas beyond COVID-19 concerns that address the health and safety of residents of Manitou Springs, including charging a fee, limiting parking and controlling access to a limited number of users at any one time.

The Manitou Springs face covering ordinance, which is closely aligned to Gov. Jared Polis’ ordinance, mandates that face coverings are mandatory outdoors when 6 feet of social distancing cannot be maintained. Fines for non-compliance could be $25 for a first offense and $50 for a second offense. Businesses can request assistance for shoppers in non-compliance with the ordinance. Manitou is one of the few local governments that has imposed its own mandatory mask rules.

The Pool and Fitness Center is scheduled to open by Aug. 1, depending on whether or not El Paso County variances are maintained under current state safety mandates.

The council also passed a resolution to streamline the process by which establishments that serve liquor can secure approval to modify their existing floor plans to expand service areas. The resolution applies to new outside patio and sidewalk service during the continued emergency mandates.

The city also approved a permit to dam Sutherland Creek near a local campground.

Andrea Schaus, a former bartender at PJ’s Stagecoach Inn, is in the process of reaching a settlement with the owners of the Manitou Springs landmark, Paul Jakubczyk and Joanna Barczynska, over tip disbursements in violation of an employee agreement and state minimum wage laws. The company showed several notices of delinquent filing for periodic updates regarding wages and tips.

The restaurant was closed late last year after the city ordered them closed over failure to pay a water bill. The name was removed from the building and the iconic stage coach was removed and taken to Woodland Park. The building, once the home of another restaurant and the local newspaper,  has since undergone renovations and a new name appeared outside, with the notice “The Manitou Eatery Coming Soon. “ County records show the building is still owned by Jakubczyk, doing business as PBJAK LLC. The company has posted about the reopening on Manitou social media sites in recent weeks.

A trailer now sits outside the building and serves food items as a food-truck-type business until the building is ready to reopen. According to city records, the business license lists the name of the business as the Manitou Eatery and the owner is listed as JBTW Inc. as of Feb. 12.

Businesses such as Theo’s Toys at 934 Manitou Ave., have been closed periodically since the state reopened and has received support to maintain payroll, including a grant from Manitou Springs and the economic disaster grant, but they are worried about the future, as business has been slow as a result of the pandemic. Theo Toys and other businesses in Manitou Springs rely on summer revenue to survive the winter.