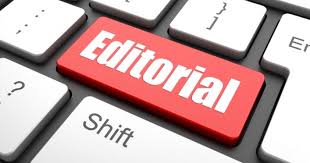 This message emerged loud and clear last week from a Green Mountain Falls town trustees meeting on Zoom, during which the GMF administration proposed shutting down the entire local trail system due to the coronavirus pandemic and axing their trails committee.

Bad craziness for a town that loves its trails and  outdoor amenities. Fortunately, the town trustees retreated on the ridiculous idea of shutting down the entire GMF trails network, but did get rid of the trails committee as a town-sanctioned group for Green Mountain Falls. That doesn’t make too much sense, considering the work they have invested into improving the current trail system.

What is more troubling is that none of the residents were notified about the fact that town leaders were mulling a complete closure of the trail system until the day prior to this month’s regular meeting.

Maybe it’s time for town officials to Zoom out of Zoom.  It’s  just not working as a transparent way to conduct meetings of this kind of importance. No notices are placed in the post office, like previous times. The sudden closure of the Mount Dewey trail route should have been publicized before any action was taken.

When It comes to trails, as a long-time resident I guess I haven’t experienced these New York City-like crowds that were mentioned  last week. I have never had a problem finding a place to park along the main street, even during the weekends. I may not have found a spot right in the heart of town, but so what. And when I  hiked to the top of Mount Dewey in April during the Stay-At-Home mandates, I think I encountered a whooping five people.

Sure, there are plenty of cars in town this summer,  but is this a bad sight? Times are changing for our little village. Green Mountain Falls has become a trail and hiking mecca, whether certain folks what to admit this reality or not. It’s like if you live in Florida and Arizona and don’t like the sight of golf courses. You probably are in the wrong place.

We have  become a mini-tourist juncture for those seeking outdoor recreation.

And unlike other trail hubs, our routes are more low-key, with narrow switchbacks in some cases, and not super-groomed trails. Plus, the views are quite different, with GMF showcasing a woodsier and falls feel, rather than summits overlooking huge mountain peaks, except for maybe the Mount Dewey trek.

I confer parking is a hassle. During daily dog walks with my border collie Sinead, I am constantly confronted by tourists and hikers, with maps in their hands and lost looks on their faces, wondering about the best route to the GMF trail starting points. Moreover, many out-of-state motorists can’t figure out where to park.

The one glaring weakness with the GMF trail system is the lengthy haul  to get to the start-up point for some trail routes.  Due to the tourist nature of GMF, we often get an older crowd who aren’t thrilled about taking a hefty step up Boulder and Belvidere to get to the Thomas, Crystal Falls and Catamount Falls routes. Plus, home owners on these routes aren’t thrilled either about hikers crossing their properties.

But that said, these types of details can get worked out.  A few good ideas did come out of last week’s trails debate, such as having designated, paid parking area for out-of-town folks, and an informational kiosk. Maybe, rides could even  be arranged for those who want to get to the trail starting points in an easier, quicker fashion. The idea of having people pay to use the trails could be too tough to enforce. Are we going to hire Trail Nazi Enforcement Agents.

The Springs media would have a field day, with GMF getting mud hurled at its image as quaint town like never before.

We don’t want to emulate the Manitou Incline disaster.

However, town residents, community leaders and business operators need an opportunity to come to the table to have an open discussion on trails, instead of resorting to a knee-jerk reaction, based on a few complaints.

When I told a few business owners about the Tuesday meeting, and the possibility of the temporary  closure of all GMF trails, some thought I was making things up, or TMJ was doing a belated April Fool’s issue.  No, I countered, this isn’t Fake News.

On the surface, the movement to close down the trails and get rid of the prime committee for improving the current system appeared a bit political, and more about who doesn’t  like who. Maybe that is just an impression I got from last week’s session, but I have found a number of folks who agreed with this perception.

But one amenity most citizens like is the town’s trail system. Survey after survey has made that position quite clear

So maybe it’s time to get back to the basics, and to start having a more open dialogue on the GMF trail situation. Maybe, while doing a Zoom session, the stage could be set for having an in-person meeting or workshop with a limited number of people.

The next GMF trustees meeting is scheduled for July 21. If you have good ideas about ways to improve the trail system and deal with some of the  management issues, this is the time to make your views known, Zoom or no Zoom.