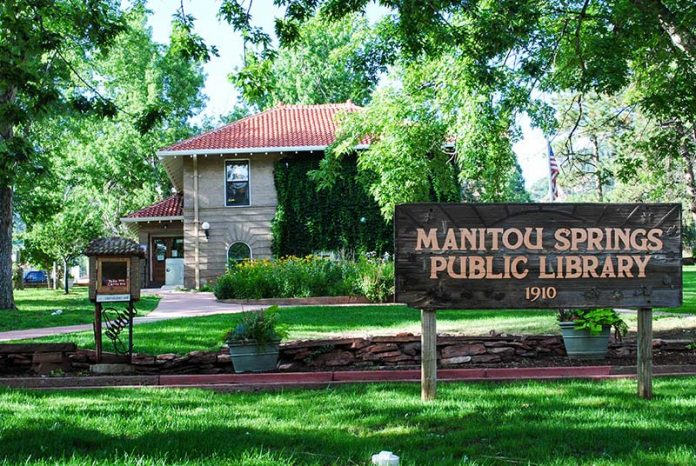 Following weeks of discussion, the Pikes Peak Library District, which runs the Manitou Library, has begun discussions with officials at Manitou Arts Center to relocate services from the existing Carnegie Building to the Center, located at 513 Manitou Ave.

The move would combine music, theatre, visual art and all the resources of the library under one roof.

The discussion comes after months of discussion about what Manitou Springs should do with the historic structure, following a complaint that the building is not compatible with requirements under the Americans with Disabilities Act. The building is owned by the city and leased by Pikes Peak Library District.  But the city of Manitou Springs discontinued the lease agreement on July 7.

The Manitou Arts Center also provides meeting rooms, computer labs and creative studios, allowing space for services provided by other libraries within the region. “While the Carnegie Library building is rich in history and meaning, it is not currently adequate or suitable as a public library space,” said John Spears, CEO and Chief Librarian with the Pikes Peak Library District. “We need to move out, but find a way to keep a presence in Manitou.”

By relocating the books and computers from the library, the library can continue offering services while fulfilling established laws and the city can begin looking for another use for the building.

Under the proposed plan, the Pikes Peak Library District would provide staff support, the physical collection of books and library materials, access to resources such as meeting rooms and creative spaces for patrons. The Manitou Arts Center, though, would still maintain benefits and space for artists and members, Spears stated.

Both the library and Manitou Arts Center were part of the voter-approved sales tax increase in November for the Manitou Art, Cultural and Historic Initiative.

The partnership would allow for minimizing the cost of infrastructure for both entities and also compliment each other’s strengths of service and provide more opportunities for the community moving forward, according to Natalie Johnson, executive director of the Manitou Arts Center.

Plans for initiating the process for the formal agreement will be voted on by the Manitou Art Center Board of Directors on July 15 and by the Pikes Peak Library District on July 22.

In other Manitou business, while Cave of the Winds, Manitou Cliff Dwellings and Rainbow Falls have reopened, the Incline still remains closed. During a council meeting on July 7, arguments were presented on both sides regarding the Incline’s continued closure, but an executive session failed to reach any conclusions.

Some residents supported efforts to reopen the Incline.  Rebekah Ratterree, co-owner of Iron Springs Chateau, said continued closure is bringing financial hardships, since the business relies on parking revenue. In addition, Susan Davies of The Trails and Open Space Coalition, said the proposal submitted by the city of Colorado Springs is a good one; and Bill Beagle of Incline Friends, said it remains the only trail in Colorado that remains closed.

The proposal, however, had some critics.

Resident Alan Delwiche stated that the Colorado Springs proposal was a good one for them, but not for Manitou and argued for a rational management plan before the Incline reopens.

Resident Annie Scmidt requested that all future discussion regarding the Incline should be held in public forums rather than in executive sessions.

The city of Colorado Springs submitted a plan recently for reopening the Incline under Covid-19 restrictions, but the Manitou City Council held back on any decisions, citing health and safety concerns with overuse, referring to it as an attraction rather than a trail.

The council also discussed passing an emergency ordinance requiring the weaning of masks in public, as they are currently only being recommended.

Council also approved the Aug. 23 Pike’s Peak Marathon, providing social distancing guidelines be followed. The Ascent, though, has been cancelled. Council members said the Incline will be closed on the day of the race, even if it has been reopened by then.

Council also adopted an ordinance of fairness, racial justice and equity after the fallout related to the killing of George Floyd in Minneapolis early in June.

The Council also approved the first reading of an ordinance that extend the business hours of the city’s two retail marijuana stores, Maggie’s Farm and Emerald Fields, from 10 p.m. to midnight. The vote was 4 to 3. Second reading and public input on the ordinance is scheduled for July 21 at the next council meeting