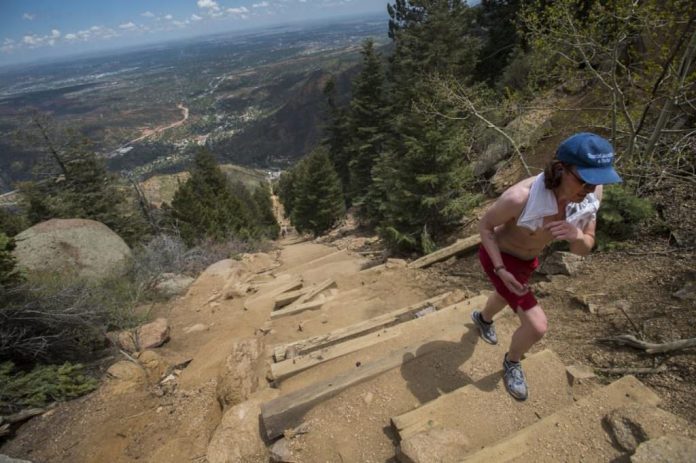 The Manitou Springs City Council, facing increased pressure from El Paso County to reopen the Incline, which has been closed since the beginning of the pandemic-declared emergency, has once again turned its attention to the issue.

This became the subject of a work session last week that featured much discussion, but didn’t conclude with any strong consensus regarding the attraction’s long-term future.

Plans currently call for the Incline, which attracts more than 500,000 users per year, to reopen in early June.

The Incline, which is co-owned by The National Forest Service, the city of Colorado Springs, the Cog Railroad and the city of Manitou Springs, has remained a focus of 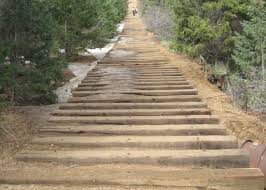 attention for the past 10 years as the entities have been working to craft a long-term plan for this popular hiking route, its impacts on traffic, parking, the environment and the quality of life for residents of Manitou Springs.

As tourism resumes following the reopening of Colorado, the continued closure of the Incline is bringing economic difficulties for businesses that rely on the Incline traffic for their income, especially Iron Mountain Chateau, which makes money off the parking near the Incline. While closed, The Friends of the Incline has provided volunteers to explain the situation to hikers passing through town and to help deter use of the Incline during the shutdown.

Issues associated with the Incline prior to the pandemic shutdown included parking, traffic, noise, sanitation, environmental damage and trespassing.

Overall, the main issues with the Incline involve the numbers of users, estimated to be nearly 500,000 per year, how the users get to the Incline and what they do once they have arrived. According to officials, the impacts are significant: 5,000 vehicles per day on Ruxton Avenue, with 80 percent of those looking for places to park, as well as 3,000 pedestrians along Ruxton Avenue per day at the height of the tourist season.

Grebenik presented an interim management plan that is aimed at reducing and controlling the numbers, based on a reservation system and possibly charging a fee for those wishing to hike the Incline. The overall goal is to reopen the Incline in a way that complies with social distancing guidelines and other pandemic safety measures; avoids overwhelming the shuttle service; and reduces the impacts of traffic and parking.

He added that the usual six-month turnaround time for the necessary approvals and reviews for making changes to the management of the Incline could be avoided by stating the changes are interim and will expire on a specific date, like Dec. 31, with annual reviews as needed.

Either option would reduce traffic flow along Ruxton Avenue and create less demand for parking along city streets. A fee to use the Incline would also help reduce use while providing additional revenue to help maintain the trail, fund a park and recreation enterprise and other planned improvements.

Grebenik stated that other popular spots, such as Hanging Lake near Glenwood Springs and Maroon Bells near Aspen will begin charging fees on June 1. Fees and reservations are seen as solutions to help enforce pandemic guidelines and address chronic and growing issues with volumes of visitors and their impact.       Council members were in favor of reopening the Incline with a management plan that is interim and evolving according to COVID-19 guidelines and parking restrictions.

Council member Judith Chandler stated that rescues on the Incline cost $800 per person, which is paid by the city and there were 60 rescues in 2019. Each rescue call limits the available personnel in town to handle other issues.

Council Member Julie Wolfe favored imposing fees for the shuttle from Hiawatha Gardens to the Incline, which has been free in the past, but has since stopped running with the closure of the Incline in March.

Grebenik stated that the eight potable toilets at Hiawatha Gardens are paid for by the city of Colorado Springs and Mountain Metro cannot legally charge riders for the shuttle service. Wolfe stated a portion of any fees imposed for the Incline should be used to reimburse Mountain Metro for the shuttle service.       Other options discussed were cost-neutral fees for the Incline and free usage of the Incline for Manitou Springs residents. The plan could be approved and put in place by mid-summer, according to Council member John Shada.

Council Member Steve Bremner likes the present free parking area along Ruxton Avenue and would like to see that continue.

Grebenik said he would consult with the Forest Service and the city of Colorado Springs to determine how quickly the plan could be implemented.

The city of Colorado Springs said in a press release, “The suggestions go far beyond the scope of temporary, health and safety-related issues around COVID-19.” The city will review the ideas with the property owners. “It is extremely premature to suggest major changes…without agreement of the owners and a significant public process,” the statement stated. The press release went on to state that the fee proposal, as written, goes beyond mitigating risk and would “require a significant public process to evaluate a future usage fee and additional management options.

Further, implementation of any fee would trigger a level of public involvement specific to the National Forest System Lands.”

The statement did state that Colorado Springs continues to support the city’s plans to address parking strategies and traffic congestion.