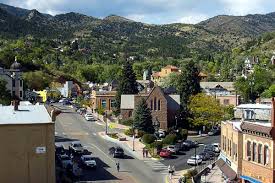 The vote came after a tie vote two weeks previously between Bremner and David Armstrong.

Bremner was elected by a 4-2 vote, with Mayor John Graham and Councilor Susan Wolbrueck casting the dissenting votes for Armstrong. A digital coin toss was put in place by City Clerk Judy Morgan in the event of another tie like the one that occurred at the previous council meeting. Bremner was sworn in after the vote and was immediately seated. His term is set to expire in  January of 2022.

He is also certified in IT infrastructure for libraries and project management. From 1982 until 2006, Bremner was enlisted in the U.S. Air Force. After that period, he worked as a defense contractor until 2017 and with the Defense Intelligence Agency. He has served as president of Incline Friends and is currently president of Friends of the Peak. Bremner also is a marathon runner and has climbed to the highest point in 47 states and all the 14ers in Colorado with his dog Sam. He also soloed Mount Rainier and Mount Olympus in Washington State.

The meeting was conducted online with Zoom software, which created problems. People were unable to log in; those in attendance kept vanishing and relevant chunks of information were missing, causing council members to vote in abstention. The software continues to be updated and there is a huge learning curve for all involved.

During the meeting, Crystal Hills resident Judy Carnick voiced her opposition to the short-term rental permit for a unit on Palisade Circle that was approved during a recent Planning Commission meeting. She and her neighbors plan to file an appeal to the decision.

Also, during the meeting, Rebekah Ratterree, who is co-owner of Iron Springs Chateau, appeared before the council to once again appeal to have the Incline reopened. Since the Chateau has been shut down because of coronavirus, the only source of income is parking from the Incline, which has also been closed. Discussion regarding the Incline will appear on the May 28 city council work session agenda.

Council also approved a raise of $3,000 per year for City Administrator Denise Howell and passed a memorandum of understanding with Pike Ride. Pike Ride provides solar powered bikes for rent from kiosks throughout Colorado Springs and has expressed an interest in placing stations in Manitou Springs.

By obtaining approval through the memorandum of understanding, the agency will be able to secure additional funding through a grant from the Colorado Department of Transportation. The plan is to place stations at Hiawatha Gardens, the Manitou Recreation Center and in the Urban Renewal Area on the east end of the city. The program is part of Manitou’s Mobility Study.

Council also approved a resolution to accept $431,381 from El Paso County as its per capita share of the county’s proceeds from the federal government’s CARES Act for coronavirus relief efforts.

In other news, The Manitou Chamber of Commerce has cancelled the Wine Festival scheduled for July 25 and all tickets will be refunded. Also cancelled is the Silent Disco and Food Truck Rally scheduled for Aug. 22.

There is still no confirmed date for the reopening of the pool.