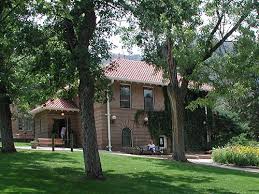 Questions Abound Regarding Incline Reopening; Library Out of Compliance

Following a tie vote at the May 5 Manitou Springs City Council meeting, the vacant seat for Ward 3 remains vacant.

The seat was vacated in February when council member Robert Todd resigned abruptly following a meeting.

His term is set to expire Jan. 4, 2022. The council intended to have the seat filled by one of five candidates during the  May 5 meeting following a series of questions posed to each of the five candidates.

The first round of voting produced a tie between David Armstrong and Steve Bremner. That brought an additional round of questions for the two candidates with the same results. Mayor John Graham, Mayor Pro Tem Nancy Fortuin and council member Susan Wolbrueck picked Armstrong, while council members Julie Wolfe, John Shada and Judith Chandler voted for Bremner.

The question was asked if the vote should go up before the residents of Ward 3 and City Clerk Judy Morgan said that would cost between $3,000 and $5,000 depending on whether the vote was conducted by El Paso County or through the use of city resources.

Graham called for the vote to be postponed while expressing his disappointment that the council failed to come to a decision. The election was postponed until the next council meeting on May 19. If they fail to reach a consensus then, the possibility exists that the vote will go before the residents of Ward 3 with Bremner and Armstrong as the candidates.

In other business, council members said they have been receiving emails from Colorado Springs regarding the closure of the Incline and an anticipated date to reopen. They were cautioned about giving individual replies to emails to avoid confusion. They were also advised about how they dealt with city staff in regards to enforcement of the closure of the Incline moving forward. The mayor said that the use of the Incline has been reduced to about 10 percent of previous levels since it was closed in April prior to Gov. Polis’ stay-at-home directive.

In other action from a previous council meeting, John Spears, CEO of Pikes Peak Library District (PPLD) stated that they had received a complaint from the civil rights division of the U.S. Department of Education that the Manitou Library does not comply with the Americans With Disabilities Act, something that will be addressed as part of the Manitou Arts Culture and Heritage Initiative passed by the voters in November and approved by City Council earlier this year.

According to estimates, it will cost $500,000 to bring the historic building up to standards and that figure only covers the cost of installing an elevator and bringing the restroom up to codes. In addition, general access for people in wheelchairs is an ongoing issue and waiting for the taxes under the MACH initiative will take years. Library officials do not think they will be able to apply for a waiver for the ADA requirements.

Spears, who says the PPLD is committed to keeping a library in Manitou Springs, discussed the possibility of finding a temporary location for the library, such as Manitou Art Center, until the issue is resolved.

The council also approved an intergovernmental agreement with Urban Renewal Authority, which added an additional $1.4 million to the funds available to the city to partially offset an expected revenue loss of $2 million due to the closure of businesses because of the pandemic. The funds will be generated from sales tax revenue generated by the east side of town and will be used to continue government services.

Despite a suggestion that sales tax generated from the east side be tracked so the city could reimburse URA, it was decided that the agreement would be reviewed at the end of the year.

Graham was appointed to serve on the advisory board for Pikes Peak Regional Building Department in place of Robert Todd, who resigned from the council and the board earlier this year.

A conditional use permit was granted to Verizon to install an antenna on the roof of the former Castaways restaurant at 117 Manitou Ave. with the prohibition against 5G technology without council approval. Council also granted a liquor license to Miramont Castle and approval of a tea shop and order fulfillment center in the Twin Spring building at 121 Ruxton Ave., which includes one parking space for the business in the residential area. The city also placed a fire ban in effect because of the dry weather.

Paid parking has resumed in Manitou Springs and all revenue will be donated for COVID-19 protection equipment for Manitou Springs businesses. This includes the city’s on-street parking and city-owned lots. Parking along Ruxton Avenue and Winter Street will remain residential only until further notice.

Payment kiosks have been reopened, but users are encouraged to use the mobile pay option for health and safety issues and the kiosks will be thoroughly cleaned at least three times a time to prevent the spread of the virus. Parking near Iron Springs Chateau remains closed until the Incline reopens.

The art sculpture Johnny Stegosaurus has been installed at 7-Minute Spring Park.

The owner of the Loop, Matthew Gray, gave back the $170,000 loan he received through the Payment Protection Program. He laid off 33 employees since the virus shut down the state. His employees were able to get unemployment benefits and keeping the money would have required him to take $50,000 out of his own pocket to meet all the conditions of the loan.

He is hoping to reopen for business May 15 with guidelines for staying safer, such as cleaning the restaurant daily, wearing face masks while at work and seating diners farther apart. He hopes the money will help another struggling business recovering from the epidemic.