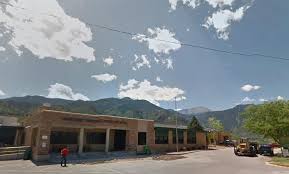 Boulder Native Gets The Nod to Replace Former School Boss

After the interview process, which involved lunch meetings with groups of four students and an evening meet and greet with the community, District 14 Superintendent Elizabeth Domangue announced recently that they have hired Dustin Cady as the new principal.

Cady, a native of Boulder, received a bachelor’s degree in Spanish from University of Oregon and a master’s degree in culturally and linguistically diverse education from Colorado State University Pueblo.

His principal license was obtained from Western State University.

Cady began his career in education as a middle school and high school English teacher in Seville, Spain. Since 2010, Cady has taught in the Pikes Peak region. He was a fifth-grade teacher, a culturally and linguistically diverse education teacher for grades three through seven, as well as a middle school boys and girls’ basketball coach.

His most recent position was as assistant principal at Stratton Meadows Elementary School in Harrison School District 2 in Colorado Springs.

According to biographical information submitted during the application process, he wrote, “My core value of service to others is coupled with a deep sense of responsibility to help all students reach their full potential. I am a positive, connecting, committed school leader who strives to bring out the best in all members of the school community.”

When not at work, he and his wife, Mary, who is also a teacher, enjoy spending time fishing and hiking with their son Will.

“Cady will lead for many years with character, integrity, excitement and a deep level of care for students, staff, families and the community,” Domangue said.

She added that his approach to teaching and leading is aligned to the district’s core values of relationships, deep learning and opportunity, while also connecting to the model of Whole School, Whole Community and Whole Child to ensure the health, safety and well-being of students, staff and the community.

Domangue thanked all those who participated in the process, including the initial feedback meetings, online surveys, interviews and tours. She also stated the new principal will be meeting with all students and parents, even if the meetings will be conducted virtually because of the current situation.

His email address is ​dcady@mssd14.org

Eric McMartin, the district’s superintendent of instruction and innovation, has been serving as interim principal since Hamilton left in February.

On a side note, District 14 is still providing breakfast and lunch from 11 a.m. to noon weekdays through the end of the year at Manitou Springs High School and Ute Pass Elementary School for children younger than 18 years of age.