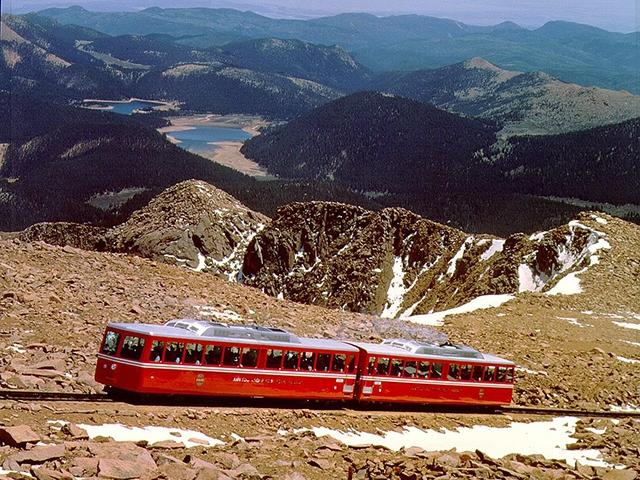 Council members John Shada and Julie Wolfe cast the dissenting tallies. The Planning Board approved the measure last month and sent it to the council for final approval.

The conditional use permit applies to the facilities and property owned by the Cog Railroad on Ruxton Avenue. As part of the process, the Cog must also obtain approval of an 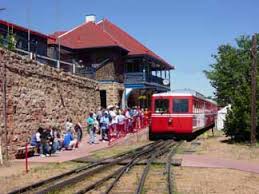 application for development and has to have its plans for new structures or modified structures approved by the Manitou Springs Historic Preservation Commission.

Approval of the Conditional Use Permit required a public hearing, which was held earlier this month prior to the City Council meeting. Mayor John Graham asked those in attendance, a crowd numbering near 80, for a show of hands to see how many people wanted to be heard regarding the permit. Twelve people raised their hands and all were allowed to speak.

Those residents who spoke about the issue were mainly in favor, but wanted some modifications to the original plan. A majority wanted the issue of parking at the Manitou Incline, which has been an ongoing problem for residents, to be addressed. They were informed by the city attorney Jeff Parker that parking for the incline is outside the scope of the permit. Some of those who spoke believe the Cog should not allow parking for the Incline in its parking lot.

Principal topics of discussion regarding modifications to the Conditional Use Permit were in relation to parking and traffic issues along the Ruxton Avenue corridor, which were the main reasons why Wolfe and Shada objected to the permit.

Former Mayor Bill Koerner, chair of the Transportation and Parking Board, stated that traffic along Ruxton Avenue, where Cog passengers board the train, is a serious problem but can be addressed.       One suggestion was to stagger release of traffic through the use of traffic lights similar to those used along Interstate 25 in Denver. Cog officials were looking into this as a possible solution and will be researching the matter further.

Officials said they have been attending trade shows to learn about staggered traffic flow patterns and how they could be used by the Cog at the exits to the parking lot.

According to officials with the Cog, there are three entities involved in discussing parking and traffic issues, including the Cog, the city of Manitou Springs and Colorado Springs. Each of these entities had earmarked $50,000 toward the mobility study to help address the issues. This has been included in the tax incentive agreement between the Cog and Manitou Springs, and is all part of a city ordinance.

Local business owner Tim Haas, who owns multiple businesses in Manitou Springs, said the issue of the Cog has been discussed many times and the Cog has done everything in its power to spend the money needed to bring the Cog back to Manitou Springs by 2021.

The Cog has been a part of the culture of Manitou Springs for 129 years and things need to be kept going as long as possible, according to Jay Rohrer, former council member.

In expressing her reasons for voting in opposition, Wolfe mentioned traffic, parking and legal issues. She stated that the provisions of the city code were not being met under the existing conditional use permit, because public service issues and community impact issues were not being properly addressed and the legalities of the code required addressing traffic and parking issues. This is one provision she felt needed to be addressed before she could agree to passing the permit.

Nancy Fortuin, mayor pro tem, stated that her reading of the city code did not support Wolfe’s position.

Under the three-way collaboration, traffic and parking issues are addressed, according to Christine Ames-Lowenberg, Manitou Springs Planning Director.

Wolfe called for retaining professional traffic engineers and requested that the entire conditional use permit be sent back to the Planning Commission. She believed that not only would the three-way collaboration not work, but that it was also illegal.

Some of the residents who spoke up regarding the issue stated that restricting traffic and parking were city-wide issues and intertwined with the Cog’s conditional use permit. The studies conducted under the guidelines of the Ruxton Corridor Feasibility Study and the Transportation and Mobility Master Plan address those issues and utilize the services of professional traffic engineers.

Councilman Robert Todd expressed concerns with foot traffic crossing Ruxton Avenue and extending the sidewalk the whole length of Ruxton while also addressing parking for the Incline. Those concerns were addressed by both studies, officials with the Cog said. He introduced an amendment to the conditional use permit that would call for an annual public meeting between the city and the Cog to review progress on the transportation and parking issues, which was added to the permit. City staff will deal with the issues of concern to Todd.