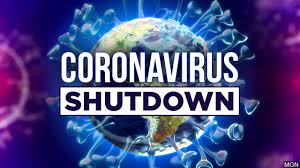 Today the Teller County Public Health Department issued a press release saying that there has been at least one confirmed case of the coronavirus in Teller County.

Last week, 28 people showed up to be tested but only ten met the criteria and there were submitted and awaiting results. Today the health department confirmed that at least three of those ten tests came back positive but the exact number of positive test results is still unknown.

The coronavirus pandemic has disrupted the entire nation with some states issuing orders to shut down bars, restaurants, and other businesses, while California, New York, Illinois, and Florida issued a statewide shelter in place orders.

Locally, the region struggles with the governor’s order to close businesses including dine-in restaurant establishments, bars, theaters, and casinos. On a statewide level, there were an estimated 591 coronavirus cases, as of Sunday night.

At the beginning of last week, Colorado governor Jared Polis decided to close down dine-in restaurants, casinos, gyms, and theaters across the state in order to slow down the spread of the virus. By the end of the week, the governor included the closures of non-essential businesses like tattoo parlors, hair salons, and massage parlors. Then on last Friday, the governor made the decision to allow bars to sell alcohol as a part of their carry out services.

In Teller County, testing stations for the virus were set up last week at the Woodland Park Middle School. According to Teller County’s Director of Emergency Management Don Angell, the testing tent received several people and only a portion of them met the criteria to actually take the test.

The emergency management director said that the station is set up and ready for mass testing when more testing supplies come from federal entities if the area becomes a hot spot for the virus. “We ran 28 people through the sample clinic because that was all that showed up in three hours,” Angell said. “18 of them were directed because they did not fit all of the criteria for testing. They were given instructions on what to do and they are being monitored as they go. We did test ten people and those samples were taken to Pikes Peak Regional hospital where they were then transferred through the system up for testing.” 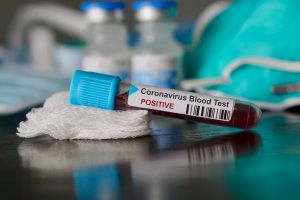 By the end of last week, the results of the 10 people tested had not come back yet. By Monday morning it was announced that at least one of those tests was positive but it is not known how many of the ten tests came back with positive results at this time.

Angell also said that several agencies in the county have been working together and meeting multiple times per day. “At this point in time we are also preparing ourselves for other activities that we anticipate based upon the tracking and trending we see in other states as well as other nations,” the county emergency management director explained. “Again, I must emphasize that this is a unified command endeavor with all of the agencies in Teller County playing. I will say Teller County is very prepared, we have taken it upon ourselves to step out of the box and make sure that we are prepared.”

During a video press conference last week, Teller County Sheriff Jason Mikesell said that there has been a massive amount of misinformation spread mainly on social media platforms. “There are certain people that are trying to spread fear and paranoia in the community on this thing and what we want to do is let people know that this issue is well-handled within the county,” the sheriff said. “All of the organizations including Woodland Park and Teller County are all working in conjunction together. Everyone is coming together and working through this and all we ask is that people be patient with us and know that they are going to be informed about anything that we are going to do.”

The sheriff emphasized the fact that people should go to only trusted news sources or government websites to get information about the virus. All of the agencies in Teller County have teamed up and formed tellercovid.com where all recent news updates surrounding COVID-19 will be posted.

One big concern among locals is that the entire state of California and one county in Colorado have issued a shelter in place orders. This action shuts down all non-essential businesses. Under these orders, citizens are only allowed to leave their homes to go to the grocery store, doctor’s office, or a hospital.

According to the sheriff, the county has no plans on implementing any regulations locally that are stricter than the orders issued at the state level. “We are going by the guidelines that are given to us by the Department of Public Health and the state,” Mikesell said. “And one of the things we look at too is that we don’t want to impact the businesses and people. But as far as total shutdowns like some towns have done goes, here is where we don’t want to feed into the hysteria and some of the issues that are going on. I think it is important not to do that. The recommendations that are being put out by people that know what needs to be done and that’s why we are following those. I am hopeful that it never goes that far and I don’t believe it will. So right now, as it sits we are going to follow those guidelines that are given to us as best precautions and we will go from there.” 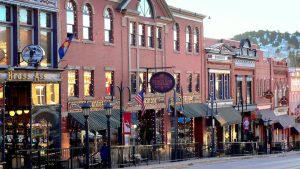 shut down several non-essential businesses. The order to close casinos turned Cripple Creek back into a ghost town as approximately 2,000 workers were significantly impacted during this shut-down period, expected to last at least through the end of April.

In other towns such as Woodland Park and Green Mountain Falls, some restaurants have continued to serve customers with carrying out and delivery options. However, a few eateries in town have decided to close their doors for this period.

Traffic has drastically decreased on local roads and several businesses have shut their doors just to practice caution. The only places where traffic can be seen is at local grocery and liquor stores.

The Charis Bible College recently chose to live-stream its Men’s Advance conference instead of having over 1,000 people come to watch the event live on their campus. The college also recently announced that they would be sending most of their staff off-campus to work from home for the next few weeks.

Grocery stores have been an absolute madhouse as hundreds of people have been rushing to them each day to stock up on supplies. Most stores in town have been running out of basic supplies such as all paper items, bread, milk, eggs, and non-perishable foods. Many of the stores have also set up special times where only seniors will be allowed into the stores to shop.

The only type of business that has really seen a positive surge in sales is the local liquor stores. Once the announcement was made shutting down bars and restaurants, many people flocked into the businesses to stock up their liquor cabinet. Now that bars can sell beer and wine that people can take with them, other businesses may get to profit off this sudden increase in alcohol sales.