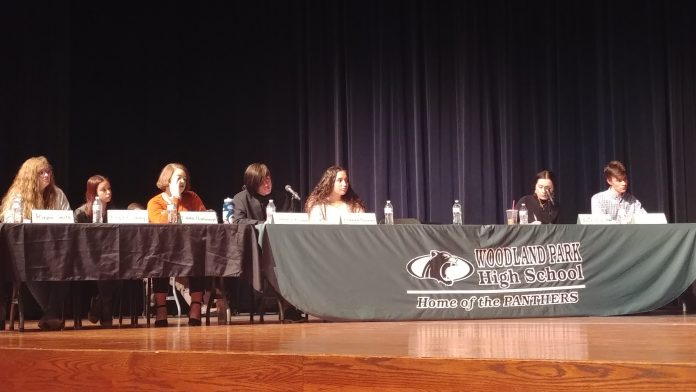 Earlier this month, the Woodland Park High School held a rare political event, when they hosted and conducted a forum for all of the candidates running for WP’s city council and mayor seats in April. 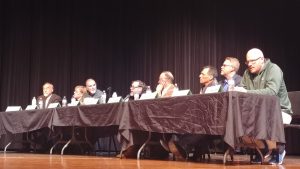 The first question asked had to do with what the candidates would first change if elected into office. For the most part, the answers ranged all across the board, running the gamut from formulating better relationships with local entities, such as the school district, to improving the town’s infrastructure.

Current city council member and mayoral candidate Noel Sawyer said that if he could, he would add classes to the high school curriculum that better-prepared students to go to college. City Council Candidate Michael Dalton said that he wanted to “change the story” of Woodland Park and figure out how to attract more people to the schools in the area and draw more investors into doing business in the city.

Another question asked dealt with how they would address viewpoints of minorities and the opinions of those that often went unheard. The high schooler pointed out that most of the candidate bios on the city’s website said about the same thing and that the political climates these days tends to force people to lean towards one side or the other.

One question asked by a student had to do with the recent 1.09% sales tax raise voted in 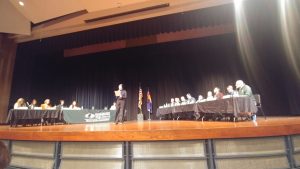 by the community. The student wondered what the candidates would do to keep that important piece of funding for the school district.

The high school candidate event was the first to come for the city election that will be held on April 7. Last week, the Greater Woodland Park Chamber of Commerce hosted another candidate forum on Wednesday