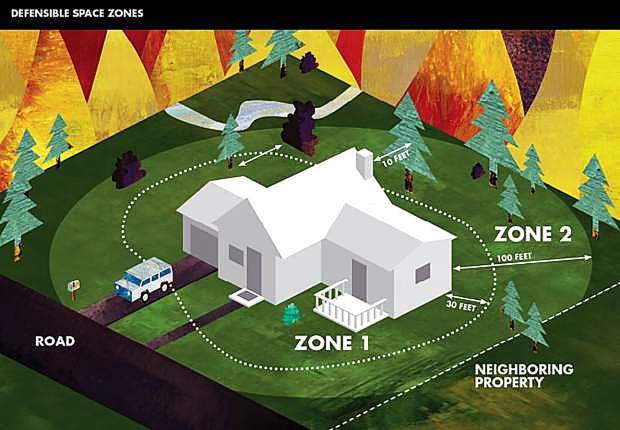 Even though several areas in Teller County still have snow on the ground, groups of citizens are already starting to get prepared for the wildfire season that starts in a couple of months.

A team calling themselves “Friends of Forest Edge” based out of a subdivision in Woodland Park is planning on hosting a public wildfire preparedness workshop this Saturday at 9 a.m. at the town’s Mountain View Methodist Church.

The meeting will focus on steps everyone can take to make sure that they are prepared if and when a wildfire strikes the region. Last year, Teller County received a large amount of moisture that ended the state’s drought and allowed the area to get lucky and dodge a wildfire occurrence.

However, many residents know that the region is prone to disasters and they remember the devastation several wildfires have caused in the past. The most notable fires that have plagued the area include the Hayman Fire, the Waldo Canyon fire and the most recent High Chateau fire. Each of these blazes torched several homes and displaced thousands of local residents.

To many concerned citizens including R. Scott Lord, the director of Friends Of Forest Edge, it is never too early to start getting prepared for the occurrence of a wildfire. “There are no guarantees of a wild land fire, but together we can change the odds,” Lord said. “So that’s 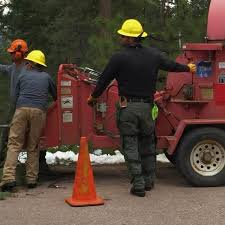 what it’s all about for us is ‘together we can change the odds.’ So we are just working together to be prepared and it is our fire-wise community that is putting on this workshop in conjunction with the El Paso County Sheriff’s Office, the Northeast Teller Fire Department, and the Teller County Wildfire Council.”

According to Lord, during the meeting the group will educate the public about the “Ready, Set, Go” program. The workshop will include sample evacuation kits that residents should put together to help them be prepared if a wildfire comes into the area. Lord said that everyone should have a suitcase packed with emergency items like prescription pills and other important items just in case they have to pick up and go due to an evacuation order.

The “Ready” portion of the program focuses on preparing the evacuation kits and being ready to leave your home in a short notice. This portion of the workshop will also discuss the importance of having emergency evacuation plans set for the household.

The “Set” part has to do with when red flag warnings get issued and citizens need to heighten their awareness of the weather conditions around them. The “Go” stage talks about when an evacuation order is put into place and citizens are forced to leave their homes sometimes with little or no notice. This last section describes how residents should implement all of the steps that they prepare for during the “Ready” and “Set” parts of the program.

After this week, the Teller County Wildfire Council and the Friends Of Forest Edge group plans to continue their fire wise efforts by conducting a fire evacuation drill in a small community in the county. The two organizations then work towards fire mitigation efforts including raising awareness during the National Wildfire Community Preparedness Day that takes place on the first Saturday of May each year.

According to the National Significant Wildland Fire Potential Outlook report issued in the beginning of this month, most of Colorado will be seeing normal fire danger levels from now through June. The reports describe that during the month of February several regions in Colorado received a significant amount of moisture in the form of snowfall.

According to Cripple Creek Fire Chief Dean O’Nale, currently the Pikes Peak region has high levels of snowpack due to all of the snow received during last month. “We have definitely had more snow and the snowpack is higher out there especially here in Teller County. It is better than it was this time last year,” O’Nale said.

The fire chief also stressed the importance of preparedness and emphasized that it is not too soon to start fire mitigations projects at home. “Even though there is still snow on the ground, it is a good time for people to start looking at those things related to mitigation,” O’Nale stated. “Maybe they can go out and take a look around their house and see if there is some brush and stuff that they can take advantage of it being dead right now and get rid of it. Just because there is snow on the ground doesn’t mean they can’t do some good mitigation. So they should at least go out and take a survey of their property or a survey of their house to see what things they can do once it gets a little bit easier out there.”