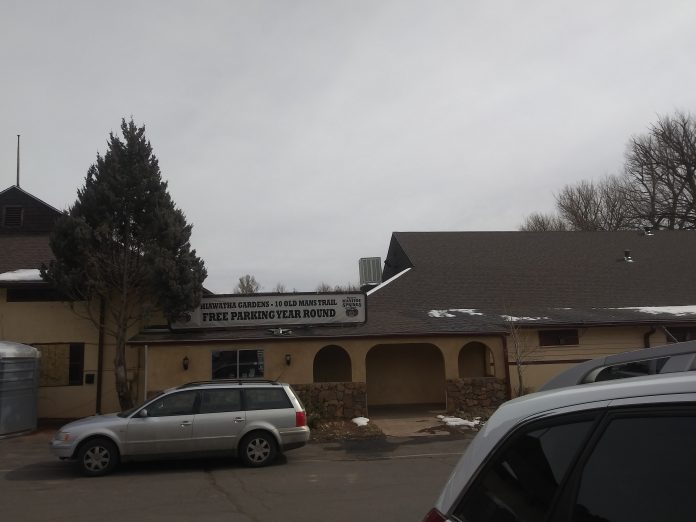 The future of Hiawatha Gardens in Manitou Springs was discussed recently by the Manitou Springs City Council and Contract Project Manager Laura Neumann. A variety of potential solutions were thrown out regarding the fate of the historic property, but no concrete decisions were finalized.

Hiawatha Gardens, a former men’s social club, at 10 Old Man’s Trail, is still owned by the city, which still owes $570,500 for the building, which has sat vacant for a number of years.

According to Neumann, the once single-topic straight-forward study of the building’s future had exploded into a much larger topic because of its relationship to what has recently become a part of the Manitou Arts And Cultural Heritage (MACH) vote in November 2019. 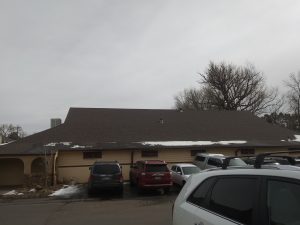 The initiative was approved by the voters, denied by a previous city council. But it was recently approved by the new city council for funding. It has also become part of the issue regarding parking and mobility issues within the city of Manitou Springs.

In February 2019, the Hiawatha Gardens Task Force II suspended its work while awaiting completion of the Transportation and Mobility Master Plan. The plan includes the Ruxton Corridor Functionality Study; utility work in the Ruxton corridor; the Parking Management Study; potential Urban Renewal Area mobility solutions; potential Metro Parking District projects; and the impact of the reopening of the Cog Railway, now planned for the spring of 2021.

All these issues are important to the future of Hiawatha Gardens because of its use as a potential transportation hub, with or without the building itself.

Acceptance of the Transportation and Mobility Master Plan could come before the city council on March 10. The draft was presented to the council in January.

In August 2019, the Manitou City Council passed a resolution to preserve the portions of the building deemed historically significant. Officials expressed skepticism that the building can even be saved after Murphy Constructors of Colorado Springs stated informally that the building should be demolished.       Murphy has been instrumental in preserving and renovating huge portions of Manitou Springs, including Cliff House, Barker House, Navajo Spring and Townhouse.

City officials say any use of the property moving forward must be related to transportation discussions, because Pikes Peak Rural Transportation Authority funds were used to conduct the study. The remaining $83,000 balance is to be used for whatever happens to the property. The biggest issue in the entire discussion of the building has been related to parking.

One discussion has included the use of the space as a parking garage. A recent study suggests that 283 parking spaces could be developed at a cost of $8 million of the building remains. According to recent studies, Manitou Springs has a deficit of up to 300 parking spaces during the peak tourist season. This is obscured by the desire of the Metro District, which also wants to build a two-story parking garage on the current Wichita Lot which could house up to 200 vehicles.

The council chose to defer discussion of the issue, which they have termed Phase II, until summer or fall.

The current plan, known as Phase I, is to address crosswalk issues, including lighted signage; other parking locations, which includes Higginbotham Flats; addressing the numerous issues with the Incline and its parking management; moving the shuttle shop below Iron Springs Chateau, and creating more paid parking. All of these issues may also require environmental impact studies.

A majority of council members are opposed to lighted crosswalk signs with the exception of the existing one at Manitou Avenue and El Monte Place.

The council also plans to create a MACH Advisory Board to help implement the sales tax increase approved by voters in November, with work on bringing the Carnegie Library up to standards to meet the Americans with Disability Act to begin as soon as possible. In addition, they will develop an Infrastructure Improvement Advisory Board to oversee capital improvements, which includes Hiawatha Gardens and the Library, as well as the Manitou Arts Center, Historical Society Museum and Miramont Castle.