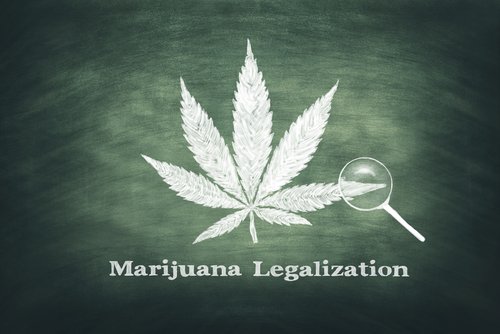 Welcome to “Colorado Amsterdam,” a high altitude, marijuana-friendly state where pro-reefer policies are gaining momentum, whether local leaders like it or not.

With this growing trend, more pressure will develop in Pikes Peak area communities for allowing retail cannabis shops. The reason for the about-turn in the state’s attitude may be attributed to a liberal governor and a Democrat-controlled House and Senate. 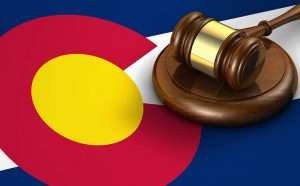 statewide by signing two bills into effect that loosen the regulations on legal weed. And, during the current state congress session, another bill is in the works that could affect how drug tests dealing with THC get conducted in the workplace.

At the beginning of the year 2020, House Bills 1230 and 1234 went into effect that dealt with the legal consumption and delivery of marijuana products. The two bills were drafted to loosen up regulations that have been placed on the drug since it was made legal statewide in 2012.

When Colorado became the first state to legalize the narcotic that is still federally illegal and classified as a schedule one controlled substance, the law left out where users of the products could consume them. It used to be that marijuana products could be purchased by anyone over 21 but that they could only use the drug in the privacy of their own homes.

After marijuana had been legal for a while many businesses calling themselves “pot lounges” opened up in areas all across the state including Southern Colorado. The companies attempted to operate under a loophole in the law by calling the establishments private clubs and charging a fee to enter. However, recent law enforcement efforts have successfully shut most of these businesses down and their actions have deterred entrepreneurs from opening up these types of lounges.

But, now that House Bill 1230 went into effect at the start of the year, business owners will be able to apply for two different types of state licenses that allow for the 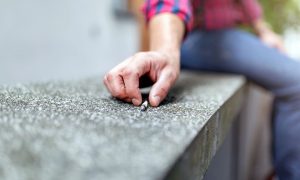 consumption of marijuana products in public areas. Those that currently have a license to distribute retail marijuana will be allowed to set up a tasting room in a separate area of their store where customers can consume the product in small amounts. Any products that are purchased by a customer have to be packaged before the customer leaves the tasting room and any marijuana left partially consumed must be disposed of.

It is also now legal for hospitality establishments to be opened as places where people can hang out and smoke marijuana. People wishing to use the drug can either bring in their own pot or purchase it in small amounts that must be consumed inside the establishment. Business with the hospitality license can only sell small amounts of products for consumption inside their business and they cannot let any products they sold leave their building.

Even though the bill was officially made law at the start of the year, there are currently only a handful of legal marijuana smoking establishments located in the Denver metro area. It may take some time for other similar businesses to open their doors because the law had a stipulation in it stating that local governments can decide not to allow those types of business or put further restrictions on them.

Locally, it is not known whether marijuana tasting rooms or hospitality lounges will be allowed in El Paso or Teller counties. It will be up to local leaders as to whether they want to let the people vote on it or ban them through a resolution altogether. Several Woodland Park elected leaders say they wouldn’t object to putting the issue of legalizing retail marijuana to a vote, if a citizens’ initiative is introduced.  That option would require a group of citizens to garner the sufficient number of signatures from registered electors in Woodland to put the issue to a vote of the residents.

The new state laws, though, are bound to raise eyebrows with law enforcement authorities, who have launched an aggressive campaign against illegal marijuana operations. 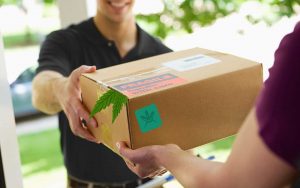 Since recreational and medical marijuana has been legalized statewide, an issue about how some people who need the drug for medical reasons can obtain it. Previously, delivery of the drug was not allowed and patients or recreational marijuana consumers had to be able to drive themselves, or get a ride to a dispensary.

After Polis signed House Bill 1234 into law last year, marijuana delivery was added to the services legal marijuana dispensaries could provide. Any dispensary that already has a license can now apply for a delivery permit.

The permit that must be renewed every year allows the dispensary to deliver marijuana products only to private residents and only one time per day. The permit also requires a $1 surcharge for each delivery that gets given back to each county or city to pay for law enforcement costs.

However, the law also states that any city can opt out of allowing marijuana delivery or place stricter rules on how it can be conducted. Another stipulation in the law is that only medical marijuana providers could deliver products starting in 2020. Recreational marijuana dispensaries won’t be allowed to deliver their products until 2021. 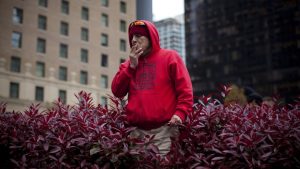 A bill that currently is being considered in the state legislature is House Bill 20-1089, called “Employee Protection Lawful Off-duty Activities,” which will prevent employers from terminating an employee for off-duty marijuana use. The idea is that marijuana should be treated the same as alcohol in the respect that people who drink alcohol while they are not working do not get terminated for it. Currently, even though marijuana use is legal, companies are legally allowed to fire their employees if they test positive for THC during a random drug screening when they did not use the drug on the job.

However, the bill being decided upon does not include pre-employment drug screenings meaning that companies will still be allowed to choose not to hire someone if they test positive for marijuana. The bill also says that it will not apply for federal employees or those that work for federally funded agencies such as police or fire departments.

Proponents of the bill think that if signed into law it will keep employers from discriminating against an employee that uses the legal drug during their free time. Others think that the laws regarding testing for THC in the workplace should be changed in states where consuming marijuana is legal since the drug can be detected for up to a month after being consumed.

Those against the new legislation argue that it takes the right for employers to have a drug-free workplace away from them. Statewide many representatives of oil and gas companies have raised concern about the new law because they say that enforcing drug-free workplaces is essential for the safety of their employees when working with high-risk, heavy equipment. And, the bill goes against a previous court ruling when the state supreme court ruled in 2015 that an employer could terminate an employee that used medical marijuana for seizures when they tested positive for THC during a random drug test.

If the new bill does get signed into law, it will not be the first state to place regulations on employers testing their employees for THC. Last year, Nevada passed a statewide measure that made it illegal for a company to deny a person employment just because they tested positive for THC. Maine is the only state in the country where it is illegal for employers to discriminate against applicants or employees solely based on their off-duty marijuana use.