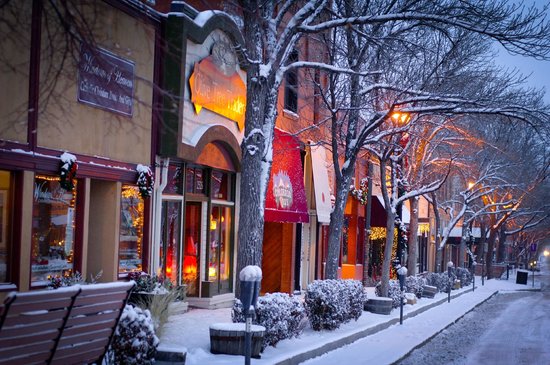 her husband Jeremy, decided it was time to leave the Citadel Mall on Colorado Springs’ east

side and head west to Old Colorado City.

In the process, they opened KJ Comics & Marketplace at Red Rock Canyon Shopping Center, 3135 W. Colorado Avenue on Sept. 20. But the business opening wasn’t easy as they incurred six weeks of set-backs, including plumbing issues, painting and floor repairs that needed to be done in the former hardware store space.

really wanted to expand the store. We gained 5,000 square feet in the move.”

in 2017 before moving to the small space on the bottom floor of the Citadel Mall. They started

searching for a place to move in March, and originally looked at the store which formerly housed

the Bookman, farther across the parking lot near Safeway and the new IHOP. The Bookman

relocated in late 2018 to a location nearer downtown Colorado Springs.

“It was mainly a warehouse space,” Kat said, ”But that works well for us, because we

The space has allowed them to expand beyond just selling comic books and collectibles,

which is all they have had room for in the past. They have been able to add a coffee bar and a

meeting space for things they have always wanted to do: host events, poker nights and

karaoke. They have weekly karaoke on Friday and Saturday nights, which are billed as family

friendly, because they don’t yet have a liquor license.  However, that is also in the plans for the

foods, such as pizza, nachos, hot dogs, chips and salsa, smoothies and hot cocoa. The meeting

“We have darts, pool tables and also show football games on our big screen TV,” said the business owner. “As far as things we sell, there is nothing new. Everything we sell is vintage, from games to comics and figures.”

the back. They are currently in the process of repainting the store in red and gray and the coffee

bar was handmade and recently installed.

“In our previous location (at the mall), we couldn’t move and we couldn’t expand,” Kat said.

“This new space allows us so much freedom and a much better environment for our customers.

Here we can get a beer and wine license, which we hope to have by January. It is very

expensive, so it takes time for that process.”

In addition to all the items for sale, they offer gift cards for people shopping for the “person

“We don’t do games, like Dungeons and Dragons and Pokemon,” Kat said. “Our goal has

always been to keep our focus on retro and collectible items and games. We sell many back

On weekends, they use the added event space to host a variety of events and are fairly busy

on the weekends. Since opening in September, they have hosted four events. One event was

the Zombie Crawl on Nov. 2, which allowed participants the chance to put on zombie make up

and walk from the store to Old Colorado City. The overall goal was to create a hang-out spot for

families wanting a change of pace.

Many of their customers have embraced the move to the west side of Colorado Springs, and have made their way into the store to see the new space. Plus,  residents of the west aide are embracing the chance to get together and play poker and enjoy karaoke in a family-friendly environment.

“I think the new location will be great for us, because we can get involved in small business

Saturday and other events in Old Colorado City and Manitou Springs, which we couldn’t when

we were in the mall,” concluded the KJ Comics owner.  “We have the best of both worlds now.”