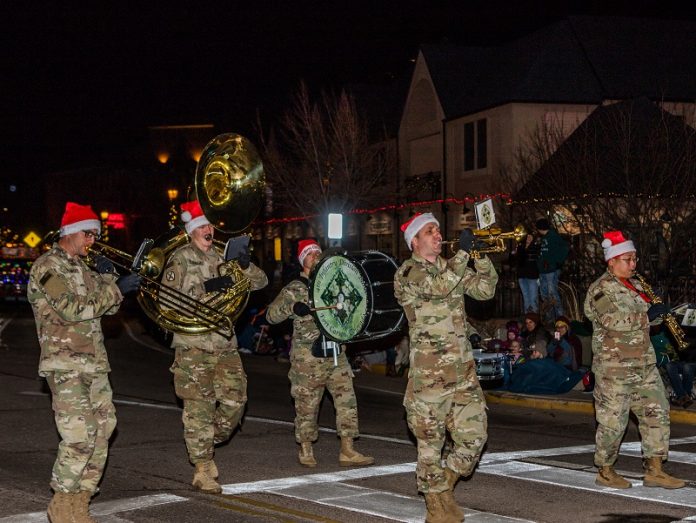 approximately 5,000 people who lined the streets of Manitou Springs to watch the second

This marked a continuation of the Yuletide festivals  in the high country, with big parade celebrations in Woodland Park, Cripple Creek, and now Manitou.

This year’s grand marshal was none other than Santa Claus himself, who brought up the rear of the parade in a fire truck. The parade was led by a U.S. Army color guard on horseback from Fort Carson and a brass band.

Politics did not take a back seat, either, as supporters of Democratic presidential hopeful

Pete Buttigieg, known by most Dems as “Mayor Pete,” were on hand to show support for the candidate who is making a strong showing in preliminary polls. 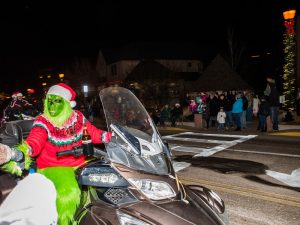 There were dogs, motorcycles, classic cars, pennyfarthing bicycles and a 1942 fire truck

owned by Manitou Springs Fire Department. In addition, the lineup included a new Subaru from Heuberger, one of the sponsors of the parade.

featuring a bus full of carolers; and Sunny 106.3.

Other participants were Adventures Out West, with the zipline and tours of Pikes Peak

featured: the International Brotherhood of Electrical Workers: Bristol Brew House; and the

The state police and Manitou Fire Department were represented, as well as Golden Age