Next Nine Months a Pivotal Time For Voters

~ by Rick Langenberg ~
Election 2019 has officially ended, with a few exceptions.
In a recent commissioners meeting, Teller County Clerk and Recorder Krystal Brown told elected leaders and the press that the election, which determined a new mayor in Cripple Creek, and several key contests in the Pikes Peak region, not to mention significant state ballot issues, such as sports betting, has officially concluded. Moreover, the county passed a key election audit with flying colors, and the county voters recorded a 50 percent-plus participation rate in the off-year mandate. Not bad, folks…
Well, enjoy the rest from election mania, as the madness will kick into full-gear shortly. What we just witnessed was just a coordinated election, regarded by many observers as the calm before the storm.
In fact, eat plenty of holiday cookies, engage in Christmas celebrations and partake in parades and tree lighting ceremonies. Area election officials, candidates and prospective voters will need the rest
As within the next month, election mania will strike with a vengeance in what will become the Year Of Elections. The next cycle could last for nine months, so get ready for the fun. Here is a short synopsis of what to expect.
County Commissioner Showdowns 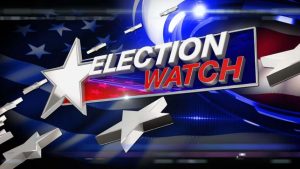 Local residents in Teller County will find themselves dealing with several competitive commissioner races, a city municipal showdown in Woodland Park, which will determine a new mayor and possibly a key tax initiative.
And there is the national showdown, with a presidential primary and the competitive quest for a U.S. Senate seat in Colorado; and of course, the duel for the presidential seat.
Due to the predominance of the Republican Party in Teller County, the election season will soon hit full stride with the battle for two county commissioner seats, currently held by Marc Dettenrieder and Norm Steen. Both of the incumbents are term-limited and can’t run again in 2020.
And if history repeats itself, these seats could be determined by the springtime, or at least frontrunners will be declared at that point. Although these positions aren’t decided until Nov. 2020, in Teller County the preliminary showdowns occur during the party caucuses and then the GOP County Assembly, which takes place in March.
The GOP assembly is the first big test for county elections, as this is when candidates, who opt to go through the party process, must gain a certain amount of delegate support to garner a spot on the primary ballot. In fact, they must obtain a minimum of 30 percent of the total delegate tally. The delegates are chosen previously during a series of neighborhood meetings during caucus night.
Candidates, though, can bypass the assembly process and petition their way onto the ballot. This technique is getting more popular, but the guidelines for garnering signatures are quite strict and time-consuming.
For the District One, County Commissioner race, a competition has ensued between Republicans Dan Williams and David Rusterholtz.
And for District Three, the race is on between GOP contenders Phil Mella and Erik Stone.
If all of the above-mentioned candidates garner enough ballot support at the assembly, then these races could be determined at the June 30 primary stage.
However, much of the drama hinging on these races will unfold in the next few months, so stay tuned.
The primary vote also will have much bigger implications this year in picking the top party candidates for president. Previously, this process was done during the caucuses and often involved shouting matches at local meetings. In fact, the top Democratic and GOP candidates were decided by the showing of hands or whoever showed up at various meetings. The process was fun, lively and democratic, but critics contended it was too chaotic and often favored off-beat presidential contenders.
Voters in Colorado several years ago opted to do away with the caucus system for the presidential election and to make these determinations, via a primary vote. And under the new system, unaffiliated voters would play a larger role in the process.
Municipal and National Elections
The municipal elections in Woodland Park should ignite fireworks with the contest for mayor and several council seats. Those up for grabs are the council positions currently held by Val Carr, Pau Saunier and Darwin Naccarato and that of Mayor Neil Levy. Also, rumors are mounting regarding a possible tax initiative, with concerns voiced about the current mill levy.
So, again, stay tuned.
The other big national race involves the quest for Colorado’s U.S. Senate seat, currently held by Republican Cory Gardner.
But Gardner faces a tough political battle to retain his seat, and is confronting competition from nearly 10 Democratic contenders, including former governor John Hickenlooper. Colorado’s U.S. Senate competition could determine which party gains control of this body.
This will serve as a prelude to the presidential race.