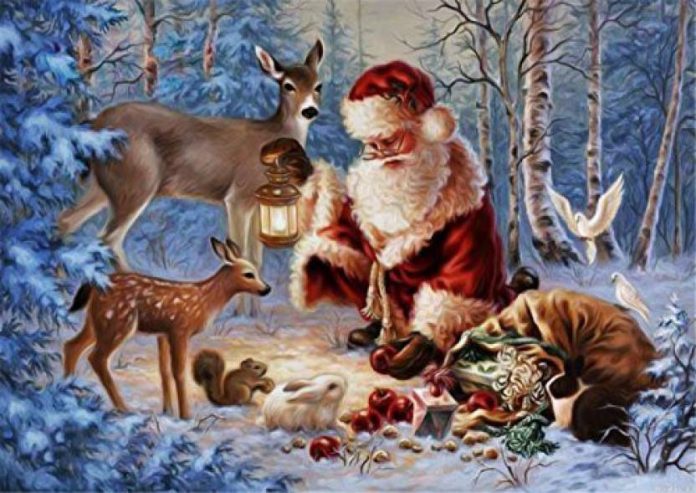 ~ by Guy Priel ~
I have always been a fan of Christmas. I love the music, the smells, the lights, the traditions, the decorations, the festivals, the movies and the food associated with the entire season between Thanksgiving and New Year’s.
I am always looking forward to new things. I especially enjoy the tree lighting ceremony in Manitou Springs and the Christmas Stroll in Old Colorado City over Thanksgiving weekend. 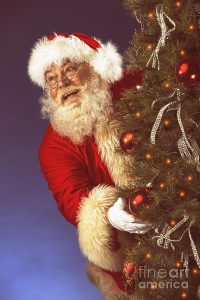 One thing that is always special this time of year is the old holiday classics, such as White Christmas, It’s A Wonderful Life and A Christmas Carol and The Night Before Christmas. Another thing I enjoy every year is reflecting on what I consider one of the most famous Christmas stories of all time. Although not as famous as A Christmas Carol or How the Grinch Stole Christmas, it is a true story that needs to be retold again and again. And I am not talking about the birth account of Jesus in the Gospel of Luke either.
Anyone who knows me well or who has read my musings over the past few weeks knows that I love stories. And the one that follows is one of my favorites this time of year. It is a true Christmas story about a little girl named Virginia.
Yes, there was a Virginia. And before she died in 1971 at the age of 81, she paid tribute to the virtually forgotten writer for the New York Sun who penned what may be the world’s most famous newspaper editorial.
Back in 1897, Francis Pharcellus Church was as unlikely a choice as any to write an answer to 8-year-old Virginia O’Hanlon’s question: “Is there a Santa Claus?”
A gruff/no-nonsense type of newspaperman, he had been a war correspondent for the New York Times during the Civil War. He and his wife had no children. As his colleagues recalled, he was unenthused about his assignment.
But Church sat at his desk with Virginia’s handwritten letter before him and began to write, never dreaming that the 415 words he wrote would undergo countless re-printings in newspapers and anthologies and would be translated into 20 languages.
The editorial he wrote was a reply to a 32-word letter Virginia had written to the “Question and Answer” column in the Sun.
Following is the letter written by Virginia: “Dear editor, some of my little friends say there is no Santa Claus. Papa says, ‘If you see it in the Sun, it’s so.’ Please tell me the truth, is there a Santa Claus?”
In later years, Virginia would tell how she happened to write that letter. She believed in Santa Claus, but when other little boys and girls told her there was no Santa Claus, she went to her father to ask him. Her father, a surgeon, was a little evasive on the subject, so she decided to write to the editor of the Sun.
“It was a habit in our family,” Virginia said. “That whenever any doubts came up as to how to pronounce a word or some question of historical fact was in doubt, we wrote to the Question and Answer column in the Sun.”
She then went and told her father what she proposed to do. The doctor, glad to be relieved of the responsibility to answer his daughter’s question himself, said that was a fine idea.
After Virginia put her letter in the mailbox, she went home and waited. No reply appeared. She was getting more disappointed with each passing day, when one afternoon Dr. O’Hanlon called his daughter from his office. 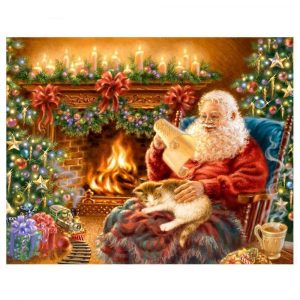 “Virginia,” he said, as excited as his daughter would be in a moment, “they have printed an answer to your letter.”
The Sun editorial with the now-famous title, “Yes, Virginia, there is a Santa Claus. It began, “Virginia, your little friends are wrong…Santa Claus exists as certainly as love and generosity and devotion exist, and you know they abound to give your life its highest beauty and joy…No Santa Claus? Thank God he lives…a thousand years from now, Virginia, nay 10 times 10,000 years from now, he will continue to make glad the heart of childhood.”
Virginia O’Hanlon and Francis P. Church never met. He died in 1906, when she was 16. Although the letter was reprinted every Christmas in the Sun until the paper folded in 1949, Church’s authorship of the letter was as little known then as it is now.
Virginia became a teacher and spent her 47-year career in the New York City school system. For several of those years, she was a principle of Public School 401 in Brooklyn, a school that held classes in hospitals and institutions for chronically ill children.
Later in her life, she said the Sun editorial became her inspiration as a teacher. “The reassurance which Mr. Church’s words brought me,” she said, “made me determine
that in dealing with children’s hopes and ideas, I would try to never disappoint them.” Her life’s work would be, in the words of Church’s editorial, to “make glad the heart of
childhood.”
Isn’t that what Christmas is all about after all? No matter how many songs we sing, or trees we decorate or gifts we give, Christmas is the time of year when the child-like faith and hope we have becomes a reality for children all over the world. And moreover, it brings out the child in all of us, if only for one day.