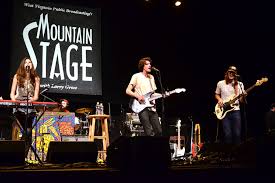 The featured group is Houndmouth.

Kyle Emerson of Denver will open the show. 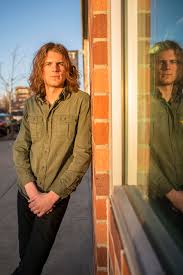 Kyle Emerson, who opens the show, is a buzzy indie-rocker from Denver, who released the second single “I Can Change” from his recent album “Only Coming Down.”

The song, one of the first he wrote for the album, features raw and personal lyrics that set the tone for the rest of the album – both lyrically and musically. At  times dreamy and driving, his sophomore release bridges classic and contemporary sounds to create a warm, inviting and introspective atmosphere. “I Can Change” was co-produced with Emerson’s drummer Mark Anderson, who also took over engineering duties alongside James Barone (Beach House, Nathaniel Rateliff, Tennis).

The doors will open at 6 p.m. Tickets are available for $25 in advance or $30 at the door and are expected to sell out prior to the night of the show. Tickets can be purchased at the Manitou Springs Chamber of Commerce, at 354 Manitou Ave. or online at www.eventbrite.com . Show is for all ages and standing-room only will be available once all tickets are sold out. No outside food or alcoholic beverages will be allowed. Please bring an ID if planning to purchase alcoholic beverages. For more information, call the Manitou Chamber of Commerce at 719-685-5089. 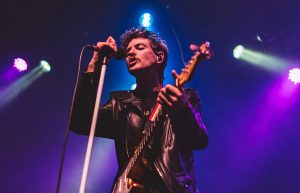 Houndmouth signed with legendary indie label Trade Records in 2010. “From the Hills Below The City” landed the group on several world-famous platforms, such as David Letterman’s stage. When vocalist, guitarist and songwriter Matt Myers first spoke with big-name producer Dave Cobb prior to working on their sophomore album “Little Neon Limelight,” the two agreed not to make another “boring Americana record.” A natural sounding album captured in a familiar fashion came together with a No. 1 adult alternative radio single in “Sedona.” The group never considered itself an Americana band, according to drummer Shane Cody. “The four of us were just a rock band, but some of us had Southern accents.”

The band includes Matt Myers on guitar; Zak Appleby on bass; and Shane Cody on

According to a press release, Jenna Gallas, event coordinator at the Manitou Springs Chamber of Commerce, said, “Over the past few years, Manitou Springs has brought well-known national and regional artists such as Billy Strings and Trout Steak Revival to our small mountain town. With Houndmouth performing November 10, Manitou Springs is the place to be if you like live music!”

Food and drinks, both alcoholic and non-alcoholic, will be available for purchase. Parking is available for free after 6 p.m. on Manitou Avenue and at the free shuttle lot at 10 Old Man’s Trail, across the park from the venue.