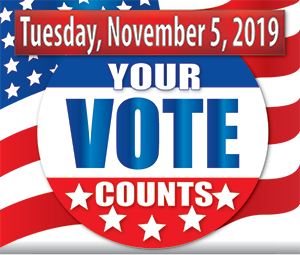 The final week has approached for returning completed ballots for the much anticipated Nov. 5 election.

At stake are two key state ballot issues, several local propositions in Cripple Creek, along with a competitive showdown for mayor and another council seat. Plus, voters in the Cripple Creek/Victor RE-1 School District will decide the fate of five board seats and determine whether a long-time board veteran and the current president should get recalled.

Much interest has been generated in the election, especially in southern Teller. Altogether, Teller has a little more than 17,600 active voters and 20,000-plus registered voters who can partake in the mail-ballot election. Voters have until Nov. 5 at 7 p.m. to return their ballots. Drop off-points are the Woodland Park Motor Vehicle Office at 800 Research Drive, Suite 200 or the Teller County Clerk’s Office at the courthouse in Cripple Creek at 101 W. Bennett Avenue.

For those who want to do things the old-fashioned way and vote in person, that option is available at the Woodland Park Public Library from Oct. 28 to Nov. 5, except for Sunday. Limited hours will be available too on Saturday. Also, in-person voting options are available at the courthouse in Cripple Creek from 8 a.m. to 4:30 p.m. Monday through Friday and on Saturday from 8 a.m. to noon.

For the first time in years, much is at stake with the state ballot issues, which ultimately will determine if Cripple Creek gets the opportunity to have sports betting. Much interest also has been generated by Proposition CC, with a big “Vote No” campaign organized by the Teller County Republican Party.

Proponents say the proposition would allow the state to retain needed revenue for certain defined purposes, while critics label this as an all-out attack against the Taxpayer Bill of Rights.

Several ballot questions are also on the slate in Cripple Creek. These mostly deal with efforts to free the city from state publishing requirements for the posting of full ordinances, expenses and other items. The city, instead, wants to use its website and Facebook page for these postings. Also, the voters must okay another question that would allow sports betting to occur at licensed casinos in Cripple Creek. An approval of this question, though, is contingent on the majority voter okay of the state sports betting option, Proposition DD.

Election 2019 also features several highly contested elections. Voters in Cripple Creek will decide on a new mayor, with Councilwoman Meghan Rozell and former council member Milford Ashworth competing for this spot, currently held by Bruce Brown. Brown, the mayor for nearly 10  years, must step down due to term limits. Also, voters in Ward Four will decide between incumbent and former mayor Tom Litherland and Nancy McDonald, a former member of the historic preservation commission and other local groups, such as Victor Celebrates the Arts. Charles Solomone, co-founder of the Teller County Marksmanship and Self Defense group and a current appointed member of the RE-1 School District, is running unopposed for a Ward Five seat, currently held by Mayor Pro Tem Chris Hazlett. Hazlett also can’t run again due to term limits.

Surprisingly, a slew of candidates have entered the races for board positions for the RE-1 Cripple Creek/Victor School District. Candidates Tana Rice, William Arrick, Charles Solomone and Buck Hakes are vying for two at-large seats. For District B, representing Victor, voters will choose between Connie Dodrill and Barbara Manning. The District A seat, representing Cripple Creek, features competition between Randall Steward and Gari Lu Schwab. Voters also will decide if they want to recall veteran president Tim Braun and replace him with long-time resident Mary Bielz.