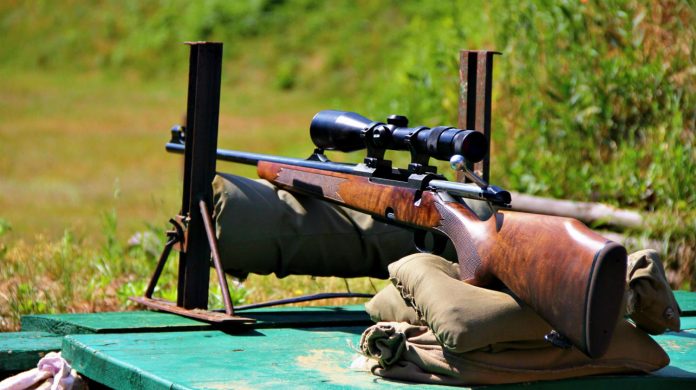 It wasn’t exactly the shoot-out at the Okay Corral politically, but the Teller County Commissioners wrestled last week with one of the more contentious land use fights in months

And this time, the battle lines were drawn over a private shooting range for a largescale youth religious camp.

Following several hours of deliberations, the board overturned the recommendations of the planning commission and okayed a special use permit for a resort designation for the 240-acre Lutheran Valley Retreat, including a controversial bid for a shooting range. The planning commission had approved all aspects of the resort designation permit, except for the shooting area.

However, the commissioners heavily scrutinized the plans for the rifle range at the Retreat’s Wilderness Outpost, and in essence, gave the Lutheran  Valley operators a one-year probation slip to examine how the range works. They imposed tougher restrictions than those recommended by the staff, and restricted the range to a 28-day period, with strict insurance requirements. Also, the range must remain closed between January and April.

County Planner Dan Williams classified the decision as a sensible compromise. “It was a conditional compromise that can be monitored,” said Williams, the following day after the commissioners rendered their verdict. “We feel really good about the commissioners’ decision.”

Williams contends that the decision would give the Lutheran Valley operators a chance to fulfil their mission and offer a sense of forgiveness for past mistakes, but impose strict rules and provide a one-year trial, probation period.

The range in question was originally constructed in 2014 without any approval. At the outset of last week’s meeting, the county staff had actually compiled two resolutions; one for approval and one for denial. 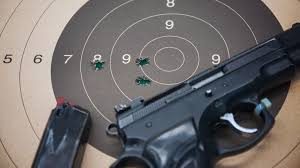 A Marathon Hearing Over A Shooting Range

The decision was anything but easy for the commissioners, who debated the permit request extensively, hurling a slew of questions at the Lutheran Valley Retreat operators and their consultants.

At issue are many complaints from property owners in the Lutheran Valley Ranch area. Most residents opposing the range cited concerns over safety and enforcement. “Those against the range have been clear, it’s not about guns, but about the mission of the camp, past behavior as a predictor of future behavior, safety and anyone’s ability to enforce the activity,” stated Williams in his staff report.

They sent the county a barrage of letters, complaining that the range would interfere with the peace and tranquility of the area.

More specifically, the Lutheran Valley Retreat received two cease and desist order for unlicensed commercial use of the range in the past.

At times, Johnson was almost afraid to stare directly at the commissioners in a state of embarrassment for past range violations. He admitted that certain outside groups had pressured the Retreat to use the range

According to Williams, the first cease and desist order came from complaints from nearby residents regarding an unpermitted use of a commercial range. The second one stemmed from a flyer distributed in 2016, indicating that this order would be defied.

But according to Johnson, no shooting occurred at the range, following the initial order in 2015. He said the Lutheran Valley Retreat was not responsible for the flyer that caused much angst.

However, the commissioners wanted to make sure proper safety precautions are taken. “This is not personal. It’s about the rule of law,” said Commission Chairman Norm Steen, a former Army veteran, who described himself as a staunch pro-gun advocate. “We are talking about public safety here.”

Similar comments were echoed by Commission Marc Dettenrieder, who appeared at times that he would deny the Lutheran Valley Retreat special use permit. In fact, Dettenrieder wanted to only allow a one-year trial approval for the shooting area, and to further limit the amount of days the range could be used.

Johnson maintained that the range would not be open to the public, and would only be used by certain invited members of the Lutheran Valley Retreat at specific times.

The Lutheran Valley Retreat request received much support from a few nearby residents, who noted that the camp served a vital community role. Moreover, they described Johnson as a model citizen who played a key role in providing emergency services for the community. No residents, who opposed the facility, appeared at the hearing.

And the head consultant for the Retreat, Andrea Barlow of NES Inc., suggested that the reported violations may have been a misunderstanding. “I don’t think it’s fair to say that they violated the (original) CUP (conditional use permit). It was not a commercial range.”

Still, the original citing of cease and desist orders emerged as black scar that troubled the commissioners. A representative from Lutheran Valley Retreat, and a certified gun and military expert, tried to further amend the type of weapons that could be used at the range.

This suggestion, dealing with cartridges, was vetoed by the commissioners at the request of Williams. He said it would be too hard to enforce this amendment. Under the county’s proposal, rifle use of the range is  limited to .30 caliber or metric equivalent, and pistol and handgun use is limited to .45 caliber.

With the additional requirements, and drafting of several amendments, the board finally gave the okay for a one-year period. As part of this pact, inspections will occur from the county’s office of Community Development Services.

The Lutheran Valley Retreat operators would not have to reapply for an additional permit. If they satisfy the scrutiny of the county staff, the range could be operated, based on the restrictions imposed.

Besides the rifle range, other aspects of the Retreat’s special use permit request were fairly uneventful. These include construction of a new family worship center, existing cabin relocations, construction of new parking areas and a 12-bed camp and other minor details.

According to Williams, the overall approval process took more than two years. County officials are trying to get the many religious and youth camps in the county to comply with current regulations by establishing special use permit resort designations for these facilities.