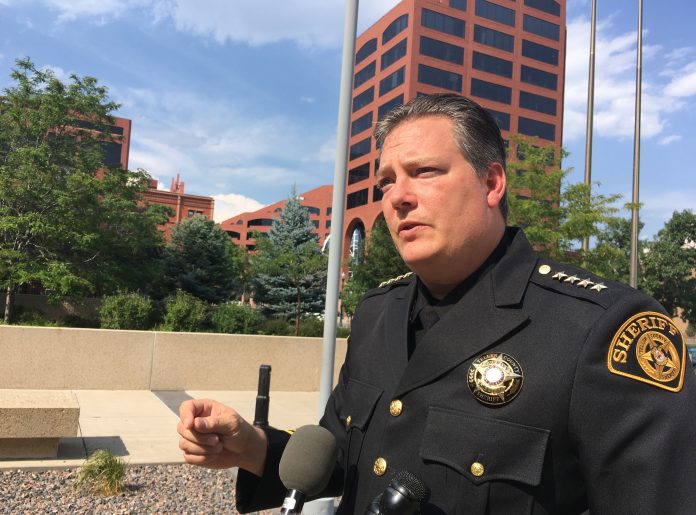 The lawsuit the American Civil Liberties Union (ACLU) filed against the Teller County Sheriff’s Office last June remains stalled in court due to a number of motions filed.

Plus, the forthcoming murder trial of Patrick Frazee is expected to delay proceedings, and put this matter on the backburner.

The lawsuit filed this year was the second one submitted by six Teller residents, with help from the ACLU. During this second suit, the plaintiffs claim that the sheriff’s office’s participation in the 287g illegal immigration enforcement program, sponsored by the federal government, violates a new state law as well as the state constitution.

Last August, Teller County Sheriff Jason Mikesell filed a motion to dismiss the lawsuit filed against the sheriff’s office, saying that their participation in the federal 287g program is legal and is a part of their oath to uphold the state and federal constitution. Once the motion to dismiss the lawsuit was filed, the ACLU was given a set amount of time to respond to the sheriff’s filing.

According to Teller County Sheriff’s Commander Greg Couch, there is still currently no update on the lawsuit. A few motions have been filed, but nothing major that will impact a final verdict.

The ACLU initially filed for an extension in court that would give them more time to formulate a response. But besides that, the important issue facing the county’s sheriff’s office remains stuck in the court system.

And, many speculate that the issue could remain stuck in the courts for quite some time. Due to an increase in activity within the local district court system, court filings have been slowed down. The lawsuit is being determined in the 4th Judicial District Court, which is the same entity that is working on putting on the Patrick Frazee murder trial later this month.

This week, Frazee, the Florissant resident being charged with the brutal murder of missing Woodland Park woman Kelsey Berreth, will be attending a pre-trial hearing on Friday morning. Frazee’s murder trial is slated to begin on October 28 and the prosecution has 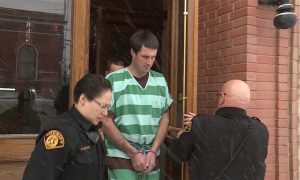 said that the trial could take three to four weeks.

Many court observers and experts wonder if the month-long murder trial will affect the speediness of the ACLU lawsuit and other district court cases. Since the court’s main judge will be occupied every day for the month, the courts may end up adding a judge to fill in and help with other filings. However, as of now, it is not known what will be done to keep business in the courts running as usual during one of the highest profile murder trials to hit the county in recent history.

According to the sheriff’s commander, the murder trial will impact the sheriff’s office along with potentially slowing down court proceedings.

“We are going to have to place extra deputies at the court house for security for the murder trial that the DA’s office said is expected to last a month,” Couch said. “So that’s four weeks that we have to have extra people at the court house to cover that. These people are already working so that’s going to be overtime shifts for many people.”

Couch also said that he was not sure who would be paying for the costs of extra security and that the county might get assistance from the state court system. However, the murder trial is still expected to impact public services including the district court system and local law enforcement agencies.