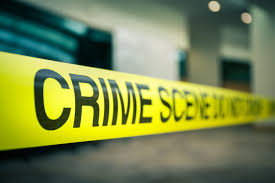 Keep the bad guys out of Cripple Creek and Teller County and stay on your guard.

After all, the days of a quiet crime-less Mayberry R.F.D.  atmosphere is over. Your town is a prime playground for serious crime groups/cartels and for professional thieves searching to prey on innocent victims.

These were some of the messages relayed to the city council by officials of the Colorado Bureau of Investigation last week. “We have been a little bit remiss,” said Deputy Director Chris Schaefer, in discussing the lack of any real community meetings between their agency and the city council.

That said, Schaefer described a great working relationship between CBI and Cripple Creek Police Chief Mike Rulo, an official  the deputy director described as one of the best law enforcement chiefs in the state.

Schaefer warned the council of serious crime elements trying to infiltrate the gaming towns. This trend even escalated in Black Hawk with an attempted murder of a police officer and growing violence reports. The deputy director said their agency has launched a campaign to halt the tide of serious criminals and groups from invading the gaming towns. “We want to keep these people out of the community,” said Schaefer.

He indicated that the face of potential criminal activity in the gaming towns has changed somewhat, with their agency grappling with serious incidents of identity theft, mail fraud, car heists and other antics aimed at stealing money to support a growing drug trade. He said the methamphetamine and heroin trail is  still booming in the gaming towns.

“That is the big global picture, said Schaefer. “This is not doom and gloom. We want to keep these people out.”

But in a cautionary note, the CBI officials noted that many of these criminals use Cripple Creek as an entertainment playground.

They even described one crime case in the gaming towns that involved 200 plus victims of mail fraud.

“This is the tip of the iceberg,” commented Rulo. “It is the little things that morph into much larger crimes.”

The Cripple Creek police chief cited collaboration and inter-agency cooperation as the main elements they used to fend off these dangerous elements. Rulo said their agency had great relationship with CBI and other state and regional law enforcement agencies. “It has worked very well,” said the police chief,  who said they have regular communications with  the CBI and other agencies.

Several council members asked what citizens could do to brace themselves from these attacks. They were told to remain vigilant by checking their banking and credit card statements and to lock their vehicles.

Councilwoman Melissa Trenary stated that the town has experienced an increase in stolen license  plates taken from cars. CBI officials said this isn’t uncommon, and that the confiscated plates are probably used for stolen vehicles.

They were told of special precautions that could be used to prevent this activity, so thieves can’t just steal these plates with a simple screw driver.

Questions also were posed about the potential impacts of sports betting for law enforcement. CBI officials and the police chief didn’t see this as a big issue.

The CBI deputy director told the council they would return in about six months and make a detailed presentation.

The council thanked CBI for their report and their handling of the crime situation over the last several decades. With the advent of gambling nearly 30 years ago, many nay-sayers feared the arrival of organized crime. That hasn’t materialized, as many attempted major thefts in the gaming district have been amateur efforts or insider jobs..

However, based on the CBI report last week, this trend could be changing with a more serious crime element trying to infiltrate the area.