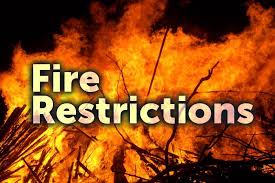 During the fall season in the high country, Mother Nature has thrown residents and campers some hefty curve balls by plaguing the state with unusually dry conditions mixed with high speeds winds. So much for no fire dangers

Last Wednesday, Teller County officials enacted a Stage One fire ban, outlawing open fires within the county. Oddly enough, this is the first time in 2019 fire restrictions were imposed in Teller. An unusually wet spring and early summer put these restrictions at bay. Previously, the county enacted many restrictions in early summer, and July 4th fireworks celebrations were a no-no.

The fire ban came after several red flag warnings were issued due to the high speed winds. The Teller County area has been experiencing steady winds that exceed 20 miles per hour and gusts that clock in much faster. The windy conditions, combined with the fact that the county has not seen much moisture in the late summer and early fall, has contributed to high fire dangers.

El Paso County and Manitou Springs have also issued similar fire bans due to dry conditions. El Paso County Sheriff Bill Elder said that the burn restrictions were “due to the continued dry conditions and the National Weather Service forecast for continued dry and warmer than normal weather, resulting in very high to extreme fire danger ratings,” a news release said. Colorado Springs has seen six inches less of precipitation than they get on an average.

The Stage One fire ban currently enacted is the lowest level restriction the county can put into place. During other times when the area suffered from extreme dry conditions, Stage Two and Three fire bans have been signed into order. However, having any kind of fire ban enacted in the county in October is extremely rare.

During a Stage One fire ban, any outdoor open fires that are not contained within a permanent fire place or ring are outlawed. Activities that are strictly prohibited include controlled burning, such as with trash, the use of explosives, fireworks, and the launching model rockets.   If you have any questions about what you can do, call the sheriff’s office at 719-687-9652.

When a Stage One fire ban is active, people are still allowed camp fires as long as they are in a permanently fixed fire ring or an outdoor fireplace. Burning wood inside an indoor fireplace is still allowed during the current fire restrictions. Outdoor cooking in charcoal and propane grills is also still legal even though the Stage One burn restrictions are in effect.

The local burn ban comes at a time where the rest of the state has been plagued with wildfires. Currently, a wildfire called the Deckers Fire has been burning for quite some time in an area less than 10 miles south of Salida. The fire has burned nearly 6,000 acres so far as firefighting crews still work to contain it. Last week, high speed winds pushed the fire further forcing some residents to evacuate.

Also last week, a fire started near Interstate 70 in an area west of Vail. The wildfire forced authorities to close down the interstate in both directions until the fire was contained and the interstate was safe for motorists.

Other fires have sparked up across the state but most have been contained quickly. Smoke from the Deckers fire has been visible in Teller County, which has reminded residents that the conditions exist and that house-threatening wildfires are possible even in October.