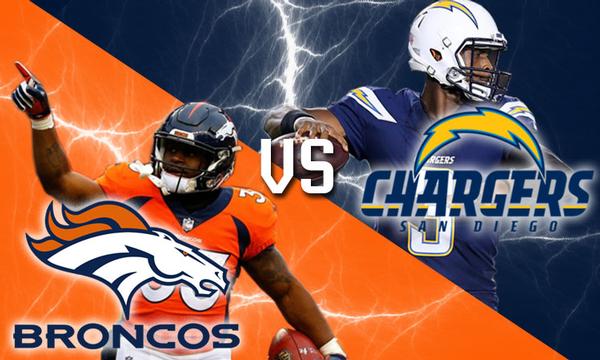 This game last week we hoped would be the turn around game that catapults the Broncos out a their funk, builds confidence, and sets the stage for a brutal up-coming schedule.

The Broncos started strong but fizzled out like a flat beer left out over night. Cold pizza and flat beer again for breakfast. The Jags behind Gardner Minshew’s passing, Leonard Fournette’s rushing, and a tough Jaguar defense came out in the second half and outscored the Broncos 20-7 in that half.

Once again the Broncos couldn’t finish what they started. Last week I predicted the Broncos would come from behind in the fourth quarter to win. And they almost did, but they left 1:38 seconds on the clock after scoring a fourth quarter TD for the lead. If they had the confidence to milk the clock a little longer and THEN score that touchdown it would have been game over.

After that go ahead TD the defense played soft and Minshew chewed the defense apart. Result: winning the game on a chip shot field goal 26-24. 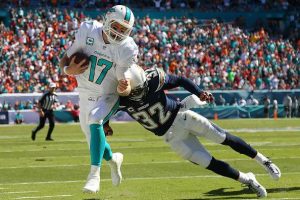 Next week the Broncos host the Los Angles Chargers. The Chargers beat the lowly Miami Dolphins last week 30-10 without their star running back Melvin Gordon and improved their record to 2-2. Gordon was a hold out for the first three games but didn’t see any action against the Dolphins. He will be anxious to make a statement next week against the Broncos.

And therein lies the biggest problem for the Broncos next week. They just can’t stop a good running back. Last week Fournette rushed for 225 yards and backup rusher Ryquell Armstead filled in the blanks with 8 rushes for 42 yards. You can’t even get your offense on the field when a team is rushing for 267 total yards on the ground against you.

Charger’s quarterback Phillip Rivers is having the best year of his waning career. Last week he was 24-30 for 310 yards and two TD’s.

The Broncos have proven their inability to stop the rush and thus open the door for the pass is their Achilles heal. The Chargers won’t have to watch much tape to figure out a game plan for this game.

Add in the defensive duo of defensive pass rushers, Joey Bosa and Melvin Ingram and the Broncos are again as Sanders said, “In a world of suck.”

But wait. This is a division game. The AFC West division games are always a dog fight. Despite the score last week against the Dolphin, the Chargers didn’t walk away with that game. At half-time the Dolphins were only behind by a touchdown. The Dolphins by the way share the same record as our Broncos at 0-4.

I’ve said it before, the Broncos are not ready to compete in this league. They are dependent on a defense to keep them in low scoring games and that hasn’t panned out. The Broncs have made fewer and fewer mistakes each game this season. It just hasn’t gelled yet. 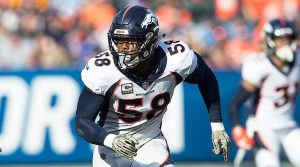 If the defense can get their act together, by mid-season the Broncos offense should be playing winning ball by then. They will still be dependent on the defense though.

Changing a complete coaching staff, bringing in a new quarterback, and working out young players takes time. The Broncos have talent, they just need time to adjust to the new scheme. Of course with the injuries on that expensive free agent offensive line, it doesn’t make things any easier.

So, what does it come down to next week? I’ve already said it. Defense, defense, defense. Unfortunately, even with the defense stepping up, this one is a loser. TMJ News prediction: Chargers beat the Broncos at home 30-21.